Morrissey On The 'Insufferable' Beckhams: "I'd Have Them Flogged" 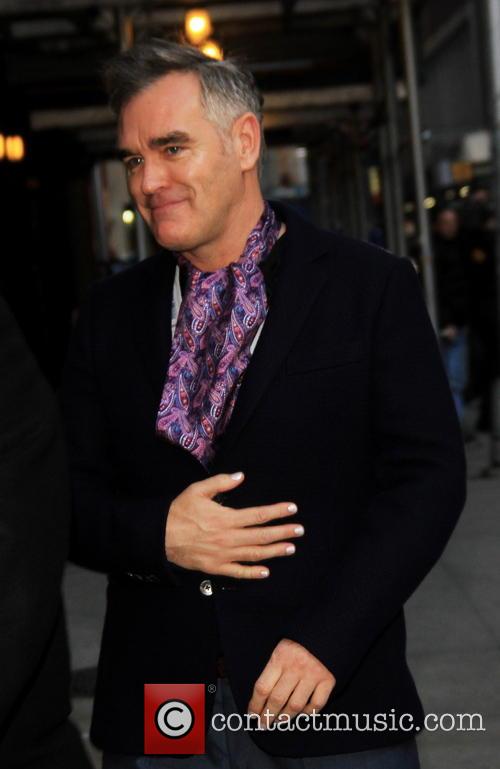 Never one to mince his words, Morrissey has taken aim at the Beckhams in his latest rant, labelling David and Victoria "insufferable" and suggesting he'd have them "dragged to the edge of the village and flogged." The former Smiths man has taken aim at Sir Paul McCartney, the London Olympics and the Royal Family in recent months, though the former Manchester United star and his fashion designer wife have come in for particular scorn.

Speaking to Loaded magazine, the 53-year-old mused, "I'd... have the Peckhams dragged to the edge of the village and flogged because they are insufferable to anyone of intelligence, and they actively chase the paparazzi." Following the end of his contract with the Los Angeles Galaxy, it is rumoured that Beckham will search for new employment in London. He and Victoria are reportedly renting a home in Kensington, West London, in time for the new school term, though Morrissey thinks it's bad news for everyone involved. "We don't seem to realise that David and Victoria Peckham will soon be back and god forbid they will be bestowed with titles Sir and Lady Peckham, this is what's wrong with this country, we don't seem to care," he said, adding, "Football often seems to me to have no meaning whatsoever other than just to be there. It can't be elevated any higher because so many footballers are paid £200,000 a week, yet couldn't identify a harp."

Talking politics, Morrissey also had stern words for Margaret Thatcher and David Cameron, though revealed he almost voted for the controversial UKIP party at the last election. "I like Nigel Farage a great deal," he said.