The Mozfather's debut novel 'List of the Lost' was nominated for the dubious honour last month, and has now won it altogether.

Morrissey’s debut novel ‘List of the Lost’ has received the dubious honour of the Bad Sex in Fiction award at a ceremony in London.

The former Smiths singer’s first novel, which followed his 2013 ‘Autobiography’, was panned by critics on its publication in September by Penguin, and its reference to a “bulbous salutation” in a sex scene between two of its characters caught the eye of the judging panel and swayed them sufficiently to declare it the ‘winner’. 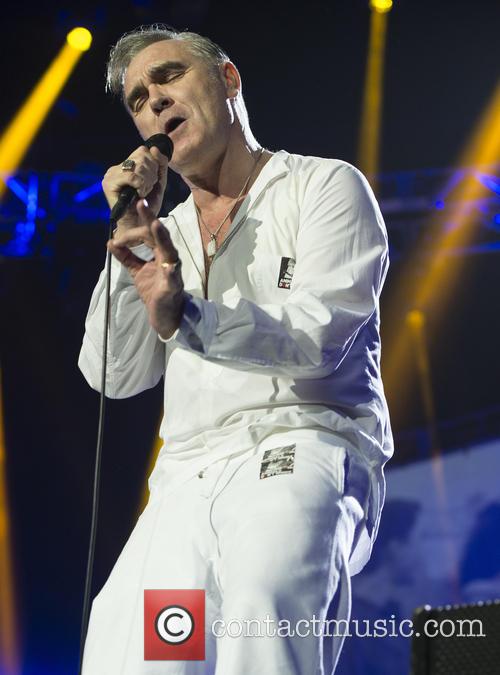 Established in 1993 by Auberon Waugh, the then-editor of the Literary Review, the Bad Sex Award was thought up in order to draw attention to “poorly written, perfunctory or redundant passages of sexual description in modern fiction” and thus discourage them in the future.

56 year old Morrissey’s descriptions of “giggling snowballs” and “fiendishly loving wrestles” put ‘List of the Lost’ ahead of the other nominated works, which also included Lord Ashcroft’s allegations about prime minister David Cameron and a dead pig in ‘Call Me Dave’.

More: Morrissey says his recent London shows are likely to have been his last

Erica Jong's ‘Fear of Flying’ was also on the shortlist, along with ‘Fates and Furies’ by Lauren Groff, ‘The Making of Zombie Wars’ by Aleksandar Hemon, and ‘The Martini Shot’ by George Pelecanos.

The normally outspoken Morrissey was, perhaps unsurprisingly, not available for any comment in the wake of the award. He follows in the footsteps of Melvyn Bragg, Tom Wolfe, John Updike and Sebastian Faulks as a recipient of the ignominious trophy.

The full passage in question that caught the eye of the judges goes: “At this, Eliza and Ezra rolled together into the one giggling snowball of full-figured copulation, screaming and shouting as they playfully bit and pulled at each other in a dangerous and clamorous rollercoaster coil of sexually violent rotation with Eliza's breasts barrel-rolled across Ezra's howling mouth and the pained frenzy of his bulbous salutation extenuating his excitement as it whacked and smacked its way into every muscle of Eliza's body except for the otherwise central zone.”