His first Tweet may have been confusing, but there's a reason for that.

Love him or hate him, Morrissey has finally joined Twitter and his first post was hilariously random. Although, not quite as random as you might of thought when he explained himself a few hours later. Still, we're sure to expect a slew of opinionated posts in the coming months. 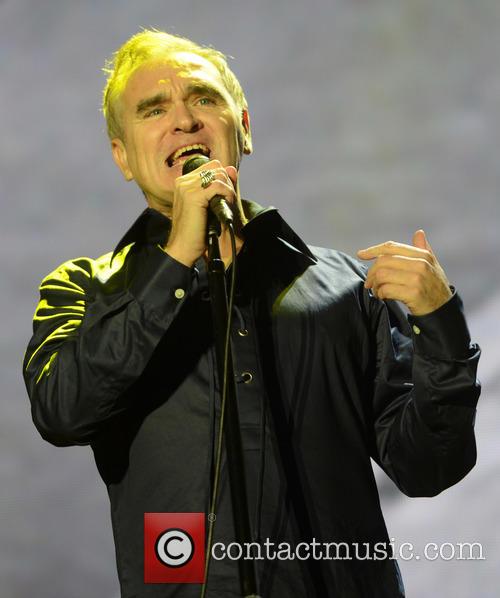 Now that The Smiths frontman has finally joined the 21st century, he's using it to his full advantage. His first Tweet was last night (September 18th 2017), and gave his followers a glimpse into what he did that day - it's something that we can all relate to.

'Spent the day in bed...' he wrote to his baffled fans. Sounds cosy, but in actual fact this is the title of his brand new single from his forthcoming eleventh studio album 'Low in High School', and an attack on the media and the world as a whole in its current state. He even posted a short teaser on his Twitter account with an image of a boy outside Buckingham Palace holding a sign reading 'Axe the monarchy'. He added that the song would be available as an instant download for all who pre-ordered the new record.

The new album comes three years after his last record 'World Peace Is None of Your Business' which reached number two in the UK and featured the singles 'Istanbul' and 'Earth Is the Loneliest Planet'.

Meanwhile, his next live performance will take place at the Hollywood Bowl in Los Angeles on November 10th and 11th, with Billy Idol also appearing as a special guest.

'Low in High School' is set to be released on November 17th 2017 through BMG and Etienne Records.