It's the second video from his 'Low In High School' album.

Morrissey goes very retro with the video for his new song 'Jacky's Only Happy When She's Up On The Stage' taken from his recently released eleventh solo studio album 'Low In High School'. It's his second video from the new record after 'Spent The Day In Bed'. 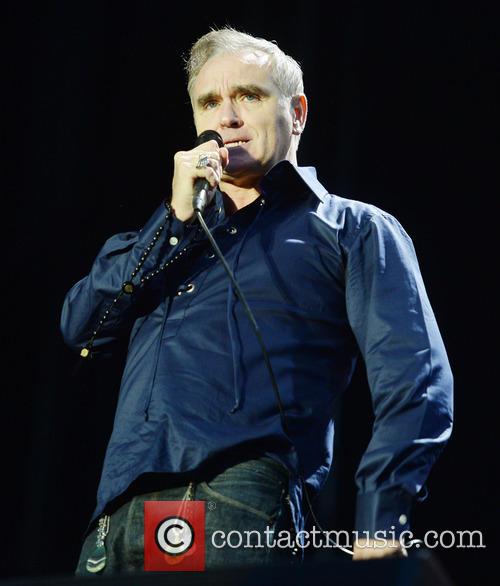 'Jacky's Only Happy When She's Up On The Stage' dropped on November 7th and now the official video has been released featuring Morrissey rocking a bare chest under his suit jacket, surrounded by slightly morose dancers in blue silk get-ups against a sixties TV studio backdrop.

Upon its initial release, many interpretated the song to be about Brexit, but Morrissey has since dismissed this notion. 'The song is not about Brexit, there's no Brexit in it, the lyrics on the liner notes are headed for the exit', he said.

It's the third song released from his new album 'Low In High School', which was recorded at Ennio Morricone's Forum Studios in Italy and La Fabrique Studios in France and has been produced by Joe Chiccarelli; a musical genius who has worked with everyone from The Strokes and The White Stripes to Elton John and U2.

The album follows his 2014 release 'World Peace Is None of Your Business' and, released on November 17th 2017 through BMG Records and his own imprint Etienne Records, went on to reach number five in the UK charts. Not quite managing his previous record's number two spot but close enough.

The first single was 'Spent the Day in Bed', released in September with an accompanying video directed by Sophie Muller and starring footballer Joey Barton. The title of the song was also Morrissey's first ever Tweet, and the b-side to the single featured a live cover of 'Judy Is a Punk' by The Ramones. The single was later followed by instant grat download 'I Wish You Lonely' in October.

Morrissey is set to kick off his UK tour next year, beginning with a show at Aberdeen's BHGE Arena on February 16th. He also has no less than four London shows coming up in March at Brixton Academy, the Royal Albert Hall, Alexandra Palace and the Palladium.