The singer’s novel ‘List Of The Lost’ has found itself nominated for the infamous prize, thanks to an awkward sex scene.

Morrissey’s debut debut novel, List Of The Lost, has been nominated for one of the most un-coveted prizes in fiction, the ‘Bad Sex Award’ from The Literary Review. The annual awards honour the "most egregious passage of sexual description in a work of fiction”, with the former Smiths frontman emerging as the frontrunner from this year’s nominees. 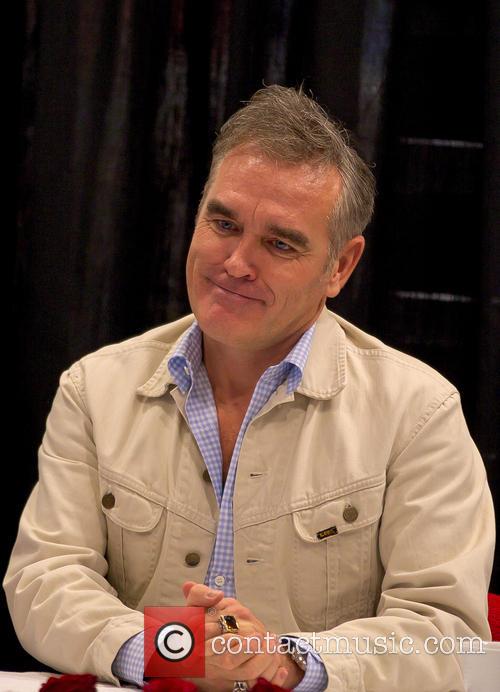 Morrissey is up for this year’s ‘Bad Sex Award’.

In List Of The Lost's nominated passage, the singer-turned-author writes: ‘At this, Eliza and Ezra rolled together into the one giggling snowball of full-figured copulation, screaming and shouting as they playfully bit and pulled at each other in a dangerous and clamorous rollercoaster coil of sexually violent rotation with Eliza’s breasts barrel-rolled across Ezra’s howling mouth and the pained frenzy of his bulbous salutation extenuating his excitement as it whacked and smacked its way into every muscle of Eliza’s body except for the otherwise central zone.’

Morrissey is one of eight nominees this year in a list which includes titles such as Before, During, After by Richard Bausch, Book of Numbers by Joshua Cohen, Fear of Dying by Erica Jong and Against Nature by Tomas Espedal.

More: Morrissey Says Upcoming London Shows Are Likely To Be His Last

But speaking to the NME at the time of the book's publication, the Literary Review described the book as a "obvious frontrunner" for the prize. "Morrissey's sex scene is an astonishing bid by a first time novelist for this year's Literary Review Bad Bad Sex In Fiction Award.”

“It’s convoluted, overwrought and profoundly unsexy. The List Of The Lost could have done with less of lust." The novel suffered from poor reviews after it’s release and last month the singer hit back at his critics during an email interview with a Chilean website.

"I strongly believe in freedom of expression and critics have to say what they have to say. But often the criticisms are an attack against me as a human being and have nothing to do with what they're reading,” the singer said.

More: Morrissey Announces Debut Novel 'List Of The Lost' To Be Published In September

"Neither can you give the moral high ground against a book just because you don't like it. It wasn't written for you. You cannot try to work out what you think the author should have written instead of what he actually wrote.”

"The majority of critics are desperate to put their stamp on it and want to start something that might bring them a bit of attention because they want it to be about them and their own personal taste. If you ask the public not to buy the book you've given the book a level of attention which you don't want.” Morrissey will find out if he managed to snatch this year’s 'Bad Sex Award' on December 1st, during a ceremony at London's In and Out Club.