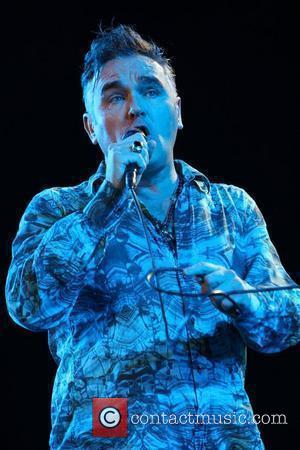 Rocker Morrissey halted a gig in Cambridge, England on Saturday night (16May09) to reprimand an unruly fan.
The concert-goer took exception to the singer's birthday wishes to his friend Julia, who was standing in the front row at the Cambridge Corn Exchange, and started hurling abuse at her and Morrissey.
It prompted the former The Smiths star to stop the gig and challenge the man.
The war of words continued until the singer's guitarist, Boz Boorer, stepped forward to swear at the fan and suggest he leave.
Morrissey then asked the crowd whether the disgruntled audience member should be ejected - and when they turned on the man, he left.
One concert-goer tells WENN, "I've been to loads of Morrissey gigs but I've never seen anything like this; the guy seemed to dislike the fact that this Julia woman, who Morrissey often mentions at concerts, had a lot of money. I've never seen Morrissey turn on a fan like this."