Morrissey is never too shy to tell us how he really feels, but did he cross a line this time? He said people who eat meat are as bad as pedophiles or Nazis.

Morrissey likes to make a statement, but he especially likes to speak his mind when it may be for a good cause. The Smiths singer is an outspoken animal rights activist, and his latest comments have him comparing eating meat to molesting children. "I see no difference between eating animals and pedophilia. They are both rape, violence, murder," he said in response to a fan question on website True To You (via the Huffington Post).

And in true Morrissey style, he kept going with his comparisons. At one point he compared the killing of animals to the Holocaust.

"If you believe in the abattoir then you would support Auschwitz," he added.

Not only does Morrissey truly believe in the vegan lifestyle he lives, but he is trying to convert others to his beliefs. He encouraged his fans to watch a video called "The Video the Meat Industry Doesn't Want You To See" and said if that didn't make you stop eating meat, then you're "probably granite." 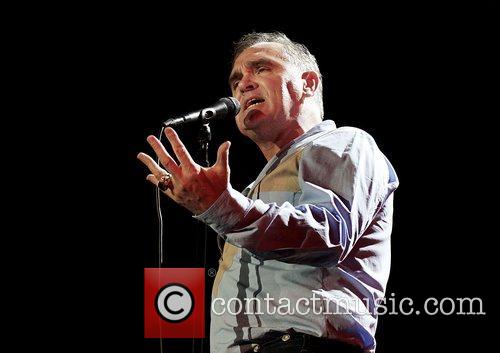 But in case Morrissey hadn't yet told us how he really feels, he just kept going.

"I would like to ask meat-eaters why they believe that animals should not have any rights to live their own lives, whilst humans fiercely demand a god-given right to live as they wish simply by reason of their birth alone."

In the past, the singer has worked extensively with PETA and even wrote a song for The Smiths called "Meat Is Murder." He has been meat-free more than 20 years.