The former Smiths star cut short his set in Arizona earlier in the week after his voice gave out.

Veteran indie icon Morrissey has cancelled another gig in his current American tour, pulling out of Wednesday night’s gig in Texas citing “health concerns” after his voice gave out mid-song earlier this week.

The ex-Smiths singer, 57, announced that he would not be performing his scheduled show in San Antonio’s Tobin Centre, just two days after he was forced to cut short his set in Arizona just six songs in. The move has been made on medical advice to allow Morrissey’s voice to recover so that he can continue his tour later. 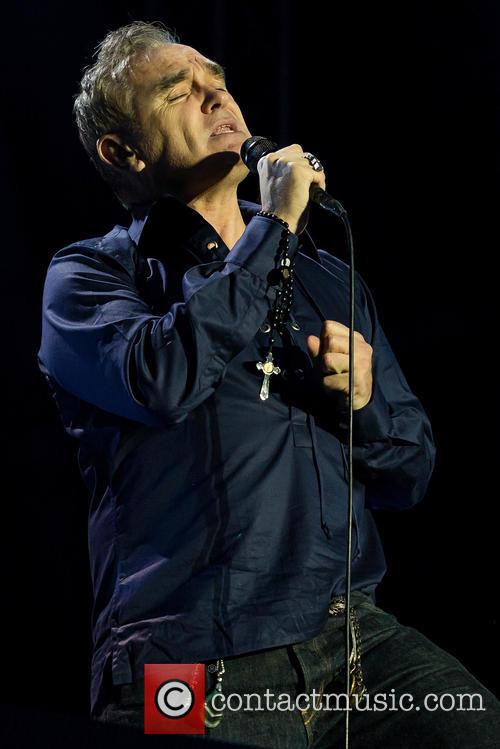 Morrissey performing live in Sweden in 2016

A statement on the Tobin Centre’s website read yesterday: “Following health concerns stemming from Morrissey's appearance in Tucson, it is with great sadness that tonight's sold out engagement in San Antonio at the Tobin Centre is cancelled to allow him to fully recuperate.”

The Mozfather was halfway through performing his classic hit ‘Everyday Is Like Sunday’ on Monday night in Tucson when he told the crowd: “It seems I have left half my mouth in Guadalajara.”

The star underwent treatment for aesophageal cancer back in 2014, and naturally some fans are concerned that his current vocal problems could be related to that ordeal.

More: Morrissey blames management for the cancellation of US tour dates in 2016

Gustavo Manzur, the keyboardist with Morrissey’s backing band, told the disappointed crowd: “His voice is shot. You heard it, you heard it. He's been trying, trying really hard. He came out, he tried. His voice is really shot. We're sorry. He's sorry. You know he tried.”

The tour’s promoters e-mailed fans afterwards and apologised once again for the situation. “Obviously this was out of our control and we are doing what we can to determine whether we will be able to reschedule Morrissey's concert in the not-too-distant future. We appreciate your patience while we are negotiating with Morrissey's management team.”

Meanwhile, the tour is expected to resume on Friday (April 14th) when Morrissey performs in Houston.

More: OK Go channel Morrissey with their take on ‘Interesting Drug’ on ‘The Late Late Show’