Morrissey Calls On David Cameron To Resign Over Pig Storm

Pop Star Morrissey Has Called On David Cameron To Resign As Britain's Prime Minister If Lurid Allegations About His Time At Oxford University Are True. 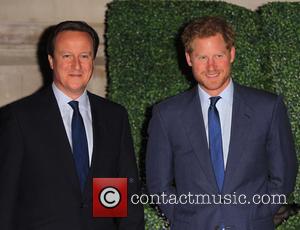 Cameron has made headlines around the world over sensational claims in a new book by the U.K.'s Lord Ashcroft accusing him of putting part of his anatomy into a dead pig during a bizarre initiation ritual.

The Prime Minister has remained silent over the allegation, but outspoken singer Morrissey has now called for him to step down if there is any truth in the rumour.

In a statement, the former The Smiths frontman writes, "If the allegations made by Lord Ashcroft are true, that Mr Cameron performed a sexual act on a dead pig while at Oxford University, then it shows a callousness and complete lack of empathy entirely unbefitting a man in his position, and he should resign."

It is not the first time Morrissey has hit out at Cameron - in 2010, he criticised the leader after Cameron admitted he is a fan of The Smiths, and he went on to cancel an appearance on a U.K. TV political show after learning the Prime Minister was a fellow guest.