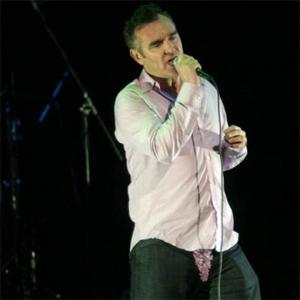 Morrissey has labelled the British Royal Family "benefit scroungers" ahead of Prince William and Kate Middleton's wedding on Friday (29.04.11).

While the ceremony at London's Westminster Abbey will be attended by 1,900 guests and is expected to be watched by a worldwide audience of two billion, the former Smiths singer won't be among the viewers as he believes Queen Elizabeth and her family don't "serve any purpose".

"I don't think the so-called royal family speak for England now and I don't think England needs them. I do seriously believe that they are benefit scroungers and nothing else. I don't believe they serve any purpose whatsoever."

Morrissey - real name Steven Patrick Morrissey - also claimed his view is shared by many of his countrymen and says he won't be the only person not celebrating when Kate and William tie the knot.

In an interview on station BBC - Radio 5 Live, he added: "Go out now and speak to people on the street and they will laugh at you. They really will."

While the 51-year-old singer won't be watching the nuptials, a number of celebrities have been invited including Sir Elton John and his husband David Furnish, David Beckham and his wife Victoria, Guy Ritchie, Joss Stone and comic actor Rowan Atkinson.