The former Smiths frontman has also attacked his label Harvest for showing ‘zero intrest’ in his recent Msg show.

Morrissey has announced he’ll be headed back to the UK later this year, to play three shows in September. The 56 year old is currently on an 18-city tour of North America which included a headlining gig at New York’s Madison Square Garden last weekend. 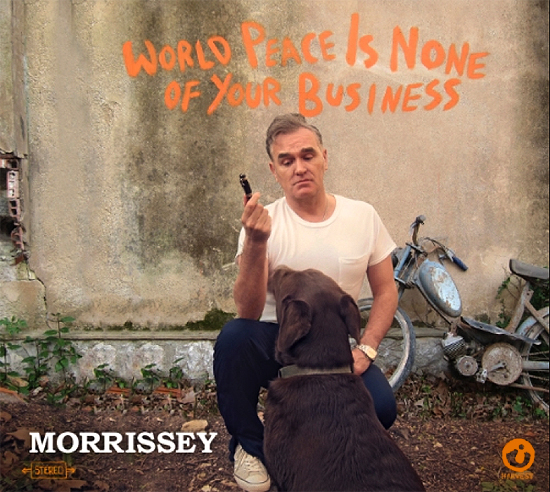 Morrissey has announced a handful of UK live dates.

Morrissey will pay Hull Arena on September 18th, followed by a two night stint at London's Eventim Hammersmith Apollo on September 20th and 21st. Noticeably absent from the list is a gig in the singer’s home city of Manchester, which was also left out from his last UK tour. Tickets for all three shows go on sale next Friday (July 10).

The former Smiths frontman released, World Peace Is None of Your Business, his tenth solo studio album last July which hit number two in the UK album’s chart and number 14 in the US. But the album’s release was overshadowed by the singer’s much publicised falling out with his record label Harvest.

Recently he blasted the label again, for showing a lack of interest in his Madison Square Garden show on June 27th. On fansite True To You the singer described the gig as ‘fantastic’, but added, ‘of course ... zero label interest ... a sad sign of the times’. Morrissey also paid tribute to his support band for the gig, Blondie, referring to the new wave legends as ‘our new friends’.