Morrissey Against Unethical Sheep-shearing In Australia 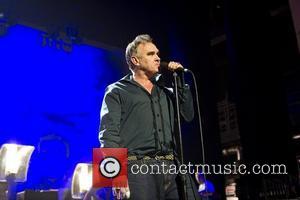 Indie legend Morrissey has joined the People for the Ethical Treatment of Animals (PETA) in opposition of the cruel Australian practise of mulesing.

The former Smiths frontman has recently sent a letter on behalf of the PETA to the Tokyo-based international retailer Uniqlo to appeal that they stop using wool from Australian farmers that perform mulesing. The letter explains that flystrike is often the consequence of mulesing rather than the cure as open wounds can become infected, and that there are humane ways of prevention (despite popular belief) such as jet washing.

"Years ago, I wrote a song called 'Meat Is Murder', and today I'm tempted to write a follow-up called 'Mulesing Is Misery'", writes Morrissey.

"New Zealand farmers did away with mulesing nearly a decade ago, leaving Australia as the only country in the world that still clings to this cruel and barbaric abomination."

Mulesing is the controversial method of removing chunks of wool-covered skin from around the breeches of sheep to prevent the occurrence of flystrike (or myiasis) - a condition in which maggots infest dead tissue; in this case, they infect the areas soiled by faeces.