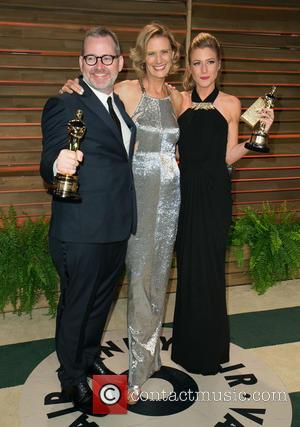 The 20 Feet From Stardom director was invited into Richards' life to watch him work as he prepared for the release of his first solo album in more than two decades, Crosseyed Heart, and movie producers claim the project gives fans an "unprecedented look" at the musician's influences, songwriting process and guitar playing.

Neville, who also directed Richards' new solo music video for Trouble, says, "If there's a Mount Rushmore of Rock & Roll, Keith's face is surely on it. He has always represented the soul of rock music - for all of the light and dark shades that implies. To my relief, Keith Richards turned out to be a real man - full of humour, knowledge and wisdom. That's the real Keith we've worked to capture in our film and I'm honoured to bring it to a global audience via Netflix."

Keith Richards: Under the Influence will premiere on online streaming service Netflix on 18 September (15).

Neville's 20 Feet From Stardom focused on the lives of some of the world's top backing singers, including soul great, Darlene Love, while he is also working on new film about iconic soul record label Stax, which launched the careers of legends like Otis Redding and Eddie Floyd.