Morgan Freeman says step-granddaughter E'Dena Hines will continue to ''shine bright'' in his heart after she was stabbed to death. 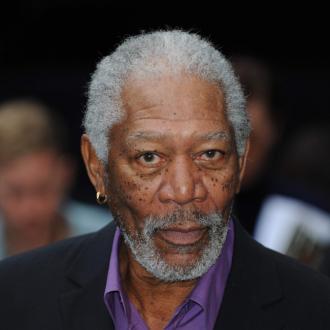 Morgan Freeman has paid tribute to his step-granddaughter who was stabbed to death.

The Oscar-winning actor says E'Dena Hines will ''shine bright'' in his heart following her tragic passing in the early hours of Sunday morning (16.08.15) in New York City.

In a statement to GossipCop.com, he said: ''The world will never know her artistry and talent, and how much she had to offer. Her friends and family were fortunate enough to have known what she meant as a person. Her star will continue to shine bright in our hearts, thoughts and prayers. May she rest in peace.''

E'Dena, who was 33, was found lying outside her home in New York with multiple stab wounds found on her torso.

The New York Police Department arrested a 30-year-old man who was found at the scene.

Morgan's step-granddaughter, who is the granddaughter of his first wife Jeanette Adair Bradshaw, was taken to Harlem Hospital in New York and pronounced dead.

In 2012, the 78-year-old Oscar winner was forced to deny he was in a romantic relationship with E'Dena, following claims they had been seeing each other for 10 years.

Morgan said at the time: ''The recent reports of any pending marriage or romantic relationship of me to anyone are defamatory fabrications.''

E'Dena also commented on the controversy, saying: ''These stories about me and my grandfather are not only untrue, they are also hurtful to me and my family.''

Morgan was married to E'Dena's grandmother Jeanette until 1979. He later married second wife Myrna Colley-Lee in 1984, but the pair split in 2010.