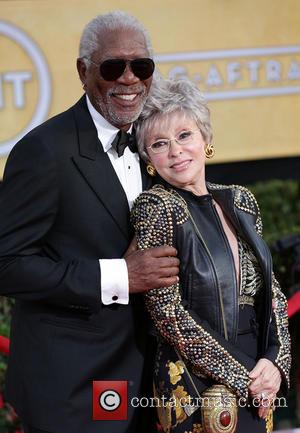 Morgan Freeman has become a huge lemur fan after narrating a new documentary about the endangered creatures.

The movie star admits he knew very little about the animals when he was first ask to front Island of Lemurs: Madagascar, but now he is an expert, and knows just how troubled the species is.

He tells Wenn, "This is the first time I've had this close connection with them. But I have a friend who has a place in the Caribbean who raises them. So on a visit to him I was introduced to them up close and personal... He's doing what he can to help rejuvenate their population.

"I got a little bit of history about them there, but not nearly as much as doing this narration! They're terrific little creatures."

And he can only hope that the new film will serve as a lifeline to lemurs and other endangered creatures.

He adds, "There is a book called Ishmael, a trilogy, where the author explains that we are turning everything on this planet into food for humans. We'll eat it and if we can't eat it, we'll kill it and take it's place; just move it out of the way.

"The amazing thing about Madagascar is there were no humans when lemurs got there so they flourished there without us."