Freeman gave the explanation after he made a remark about his colleague Lori McCreary's "short dresses" during a recent panel discussion.

Morgan Freeman has defended recent comments he made about his female producing partner Lori McCreary, saying he may be sexist but that he’s not misogynistic.

The 79 year old actor, famed for his iconic voice, made some controversial remarks at a panel discussion at the Produced By conference organised by the Producers Guild of America, which he attended with his long-term producing partner McCreary. She co-founded Revelations Entertainment with Freeman in 1996, and produced his 2001 movie Along Came a Spider and 2009’s Invictus. 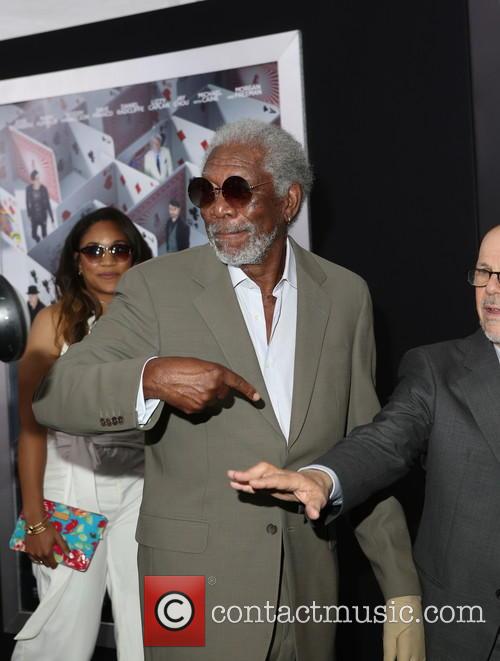 In a bizarre exchange, the Hollywood A-list star commented on his colleague’s clothes during the panel, suggesting that “short dresses” detract from her desire to be taken seriously.

According to the original story in the Hollywood Reporter, McCreary didn’t react one way or the other to his remarks. The panel’s moderator Mark Gordon reacted immediately afterwards by saying: “He’s not a pig I promise,” adding “maybe he is…”

Responding to Gordon’s suggestion that his comments might be taken as sexist, Freeman replied: “Sexist? Yeah, but I’m not misogynistic.”

McCreary, a former tech entrepreneur and now the CEO of Revelations, was also asked whether men or women make better movie producers, and suggested that females might be more suited to the task. “I think inherently – I might be sexist – my construct is family, bringing people together. I’m not saying men aren’t that way.”

Freeman also praised his colleague, saying that McCreary was a “workaholic” and “the boss” when it came to Revelations. McCreary is also reported to have used the words "trustworthy" and "integrity" when described Freeman at the panel.

More: Do the ‘Black Oscars’ – a.k.a. the Tree of Life Awards – really need to be brought back?