Music To Inspire You To Experience Nature [Playlist]

As much as the majority of us are quarantined within the confines of our home, we are, at least, allowed to go out from some fresh air and exercise. And it's important that you take advantage of that, provided, of course, that you don't flock to public spaces in droves. Find a quite space in nature to call your own and experience oneness with the world around you with these evocative songs.

Continue reading: Music To Inspire You To Experience Nature [Playlist] 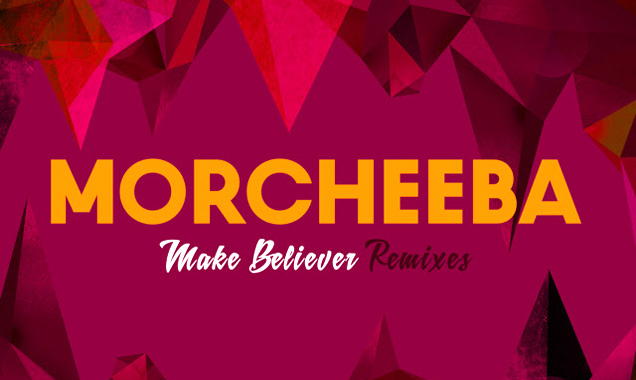 By Andy Peterson in Music Reviews on 12 December 2013

Back in 2008, Morcheeba's fifth album 'Dive Deep' was clearly the product of a band looking for something, a shot of Mojo to re-energise their music and save them drifting into irrelevance. Stuck in a genre not much noted for its animation, it seemed that that particular something was former singer Skye Edwards, with whom the Cheebs - effectively brothers Ross and Paul Godley - were reunited for the subsequent release 'Blood Like Lemonade' two years later. The reformation of the classic line-up that had been responsible for the million selling 'Big Calm' meant the omens were undeniably positive, but despite all the goodwill, the fizz in question still felt decidedly flat.

Take 2 arrives in the form of 'Head Up High' and the news is that it's Morcheeba's best record in years. Opener 'Give Me Your Love' is stuffed full of all their usual archetypes - big looping break, scratching, Edwards' smoky, elegant delivery - but the change is that they seem to be having fun, the result being a vibrancy which tops almost anything on the previous two outings.

It's a sense of renewal that, whilst not quite cathartic, opens up some new possibilities. Exhibit one: Jordan Stephens adds a little razzle dazzle to proceedings by turning in a few rhymes on the vaguely jazz influenced 'To Be', whilst  Jurassic 5's Chali 2na does something similar on 'Face of Danger', only sounding a little more grown up. 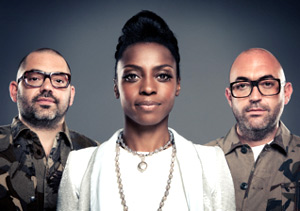 Blood Like Lemonade is you suppose proof that above all, time's a healer. During Morcheeba's commercial peak in the late nineties their blend of drowsy hip-hop and warped lounge shifted units by the million and made them the blunted kings of many a festival. Despite the overwhelming peace and love vibe of their music however things were far from cool between the band's trio of members, brothers Ross and Paul Godfrey and the iconic singer Skye Edwards, resulting in the latter's exit nearly a decade ago. 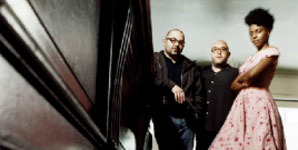 The exact reasons for her departure remain largely unspoken. But having been replaced by a revolving cast of vocalists on the band's subsequent albums - including a clutch of previously unknowns recruited from MySpace on the their last outing Dive Deep - the hatchet it would seem has been buried, signalled by an overdue return brokered by the group's management team.

The way she slides into position so confidently is made even more remarkable by the fact that during the recording process she remained in Britain, staying at home whilst the Godfrey's were content to stay in France and America respectively. Perhaps her assurance is also due to Blood Like Lemonade's familiar ambience, Even Though fluttering dreamily like a main stage flag in a cooling mid-afternoon breeze.

That so little has changed on planet Morcheeba in the past decade means that anyone whose last exposure to them was via 1998's totemic Deep Calm will find much to enjoy. Traumatised opener Crimson (Written as in the immediate aftermath of a car accident) and the standout Recipe For Disaster (Victim of domestic violence murders abusive partner) both also provide a little more darkness and substance than those people might be expecting.

It would be stating the obvious to point out that recreating pretty much the same record time after time is a practice now consigned to the history books. Enjoying a strange reunion, the apparent lack of creativity or fresh impetus here doesn't seem to be bothering anybody very much. Blood Like Lemonade will sound great this summer at venues from Loch Ness to Fistral Beach, but you can't help but feel that Edwards return fails to ask enough questions of songwriters trapped in a rut.