There’s also more than 50 notebooks containing potential material for their TV series ‘Monty Python and the Flying Circus’ and for 1979’s film The Life of Brian. 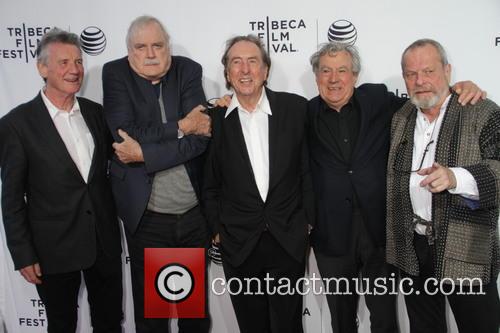 Palin, 75, has given permission for some of the material to be reproduced, and said that when he and his five colleagues were coming up with material they would often write far too much.

“Sometimes you have things like that,” he said. “The Holy Grail took shape gradually and at the beginning it had far more ideas in it than ended up on screen because you had to have a narrative. In the end the story of the knights was strong enough.”

Some of the material that ended up never coming out of the script idea stage was cut because it would have been too offensive for public viewing at the time – and apparently, some of it still would be now.

Active since 1969, Monty Python effectively ended in 1989 with the death of Chapman, but the surviving members have reunited on two occasions since. In 1998 they were bestowed with a lifetime honour from the American Film Institute, and in July 2014 for a one-off stand-up show at London’s O2 Arena.

More: Terry Gilliam describes himself as a ‘black lesbian’ as he hits back in comedy diversity debate