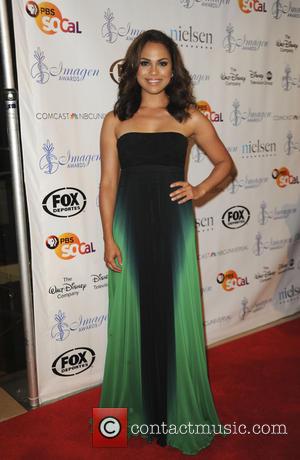 Actress Monica Raymund saw off stiff competition from Selena Gomez and Once Upon A Time's Lana Parrilla to scoop a top prize at the 2013 Imagen Awards on Friday (16Aug13).

Raymund was named Best TV Actress for her role as paramedic Gabriela Dawson in Chicago Fire at the 28th annual prizegiving, which recognises Latinos in the entertainment industry.

In the film categories, the 2013 drama Bless Me, Ultima, was the big winner, scooping Best Feature Film, Best Actress for Miriam Colon and Best Actor for Luke Ganalon.