The singer was originally fined by police regarding the accident back in August 2016, which he caused by falling asleep at the wheel.

Isaac Brock, the lead singer of alternative rock band Modest Mouse, has been sued for nearly $1 million regarding a traffic accident last year in which he fell asleep at the wheel.

Brock – whose band’s 2004 signature hit ‘Float On’ featured a lyric that went “I backed my car into a cop car the other day” – was cited by police regarding the accident in Portland, Oregon back on August 3rd 2016 where he struck a city of Portland pick-up truck after he fell asleep while driving.

He was not charged with a crime following the investigation at the time, having paid a $435 fine, but now a city employee, 41 year old Cassidy Kane, is suing Brock for just over $865,000 for injuries she sustained in the accident.

Reviews of Modest Mouse's sixth studio album 'Strangers To Ourselves' have seemed keen to label frontman Isaac Brock as an eccentric. You'd imagine, then, that the eight-year gap between albums has seen him fall down a Tom Waits-sized rabbit hole, enabling him to fashion a radically different kind of record. This assumption couldn't be further from the truth. As good as these songs are, they're noticeably less jagged and jarringly confrontational than previous efforts. By Modest Mouse standards, most of this material could even be described as 'safe'.

So, if 'Strangers To Ourselves' isn't a creative re-birth nor a dramatic comeback, then what is it? Well, the good ship Modest Mouse seems to have stayed in the same waters as last time we saw her. Yes, Johnny Marr is no longer aboard, but that's not really a big issue with a band as accomplished as this. Brock is still the lynch-pin to proceedings but, musically, there's definitely a sense that the band are happy in their primarily guitar driven sandbox. There are examples, such as 'Pistol (A. Cunanan, Miami, FL. 1996)', where the songs feel a bit looser, letting the band head in an unexpected direction. However, these seem to be experiments rather than statements of intent. Many of the 15 songs here fit into the established Modest Mouse mould; they're solid, but not remarkable.

Take, for example, 'Sugar Boats', where Brock showcases the ecological message that crops up a number of times during the album ("This rock of ours is just some big mistake"). Initially, it presents itself musically as some kind of carnival freak show with a piano and brass band propelling the song along. However, the familiar guitar lines throughout feel like they're trying to keep the song from straying too far off the map. It's a gloriously noisy concoction, but it doesn't really feel like it's been let off the leash. In essence, that's the problem with the whole album; there's too many missed opportunities to shock or surprise. 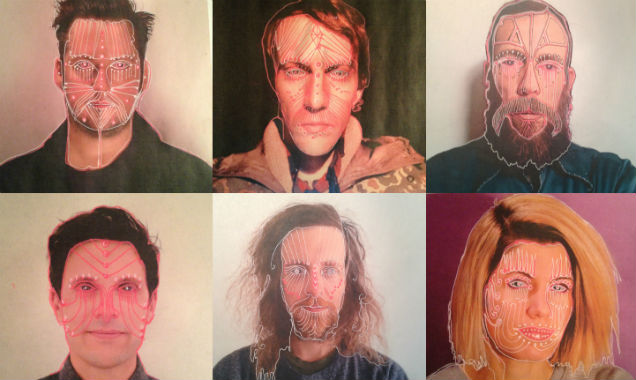 Johnny Marr will be crowned Godlike Genius of the Year at this year’s NME Awards. Marr, whose distinctive guitar licks were combined with Morrissey’s song-writing skills to make The Smiths the legendary band that they are, has also played in Modest Mouse and – more recently, joined the three Wakefield brothers The Cribs.

The NME Awards will be held at The Troxy in East London, on Wednesday February 27, 2013, where Marr will collect his gong. Marr’s about to release his debut solo album The Messenger and speaking about the award, said “It is a very nice thing to be getting this award and I am honoured. The NME seems to be good at giving this award to people I like so I’m in good company. I guess it means that some things are alright with the world.” His previous band mate Morrissey won’t be expecting any such honour any time soon; he has fallen out with the magazine on a number of occasions, most recently when they printed an article that he felt had branded him a racist.

The magazine’s editor, Mike Williams, said “All hail Johnny Marr, NME Godlike Genius 2013 and the newest recruit into NME’s holy order of music legends. And what a legend he is! Not content with rewriting the history of music with one of the world’s greatest ever bands, The Smiths, he’s continued to push boundaries and evolve throughout his career, working with some of the best and most exciting artists on the planet.” Johnny follows in the footsteps of 2012’s Godlike Genius, Noel Gallagher, which just goes to show, there’s no justice in the world. Or no huge commitment to chronology, perhaps.