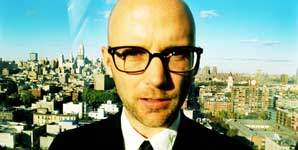 Moby's brand new single New York, New York featuring Debbie Harry on vocals will be released by Mute on 30th October 2006. This latest track was written and recorded over the summer in Manhattan and is taken from Go - The Very Best Of Moby out on November 6th.

"I enjoyed working with and getting to know Moby while recording New York, New York," Debbie Harry enthuses. "We both live in the city and l love all the inspiration it's given each of us. Moby has a strong artistic vision but he was also willingÃ¢Â”Â¼to listen to any suggestions that I had which made me feel a real part of the song. I hope we can do more in the future."

The single will be available on two CD's and 12'' and will feature mixes by Armand Van Helden, Tocadisco, Emperor Machine and Radio Slave plus a new mix of Moby's classic track GO by Trentemiller. The LCD will also include U-MYX, this interactive music format will enable Moby's fans to make their own, personal mixes of New York, New York, without requiring any specialist knowledge or equipment.

Moby will be doing his own U-MYX mix of New York, New York, which will be posted on a communal website. Fan's can post their own mixes on this site and Moby will then pick his favorite to win the latest I-pod and a copy of Traktor software which enables you to DJ with your own remixes.