Review of From The Drop Single by Mj Cole

Since 2008 Wiley has been celebrating commercial success. As one of the original founders of the recently-huge Roll Deep, Wiley departed as a solo artist to have his big hit Wearing my Rolex. Now collaborating with MJ Cole, the British House and Garage producer, he releases From the Drop, an uninspired and dull single that will certainly add no accolade to Wiley's career. 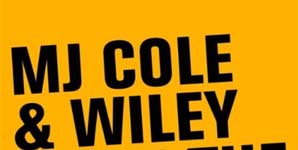 There's not really much to say about this. An annoyingly repetitive melody of congo drums simply makes the backbone of the single and whilst one would argue that simplicity is often effective, it certainly doesn't work here. One therefore would turn to the raps to reveal a certain level of depth or complexity and yet the track fails in this also. Wiley talking his life story over some congo drums is basically this song in a nutshell. Unimaginative raps such as 'you're a pig in the game, salami' and hearing Wiley moan about the history of his record labels hardly captures the attention; 'the label didn't understand me, I'm on a new label', well we can probably tell why.

There simply is just nothing about this track. The backing rhythm is bland and continual raps about the music industry come across haughty and pointless. It is ironic that in the song he blasts his critics because he is sure to have a few more after this track. Mj Cole, releasing this on his own label, also hardly exemplifies his usually great producing skills. Our advice would be to start from scratch Wiley or you won't be having many Rolexes to sing about any time soon.

Mj Cole - From The Drop