Misha B's debut album will showcase an eclectic sound and feature a collaboration with Emeli Sandé. 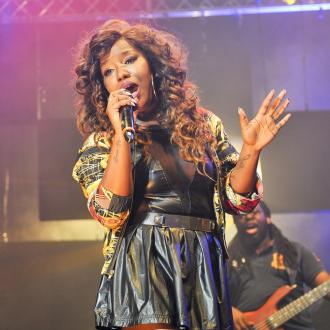 Misha B's album will feature a collaboration with Emeli Sandé.

The 20-year-old rapper - who was beaten by Little Mix to the title of 'X Factor' champion in the UK in 2011 - will release her debut this summer, which will include a track which sees her team up with the 'Heaven' singer.

She said: ''I've even got a song co-written with Emeli on the album. She's super cool, I've met Emeli quite a few different times.

''She's just very inspirational, to see her journey just grow and grow and grow, and it's all through the love of music and her message with her music touching people.''

Misha - who has had two UK top twenty hits with 'Home Run' and 'Do You Think of Me' - promises the album will be eclectic and ''Misha-ful'', and a reflection of her life and career so far.

She added: ''It's an audio diary of my life so far. I'd describe the sound as being very 'Misha-ful' because it's me, there's different influences here and there but the overall sound, it's me.

''I feel like when the album's out people will get a clearer idea of me as an artist.''

Misha B is now available on Xbox Music, the first music service that allows you to stream or download millions of songs on Xbox and Windows 8 devices. Xbox.com