Mischa Barton has reportedly broken up with her British DJ boyfriend Ali Love and returned to live full-time in Los Angeles. 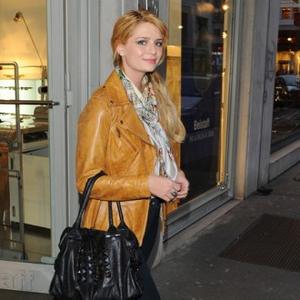 Mischa Barton has split from her boyfriend DJ Ali Love, it has been claimed.

The 24-year-old actress is reported to have moved back to Los Angeles from London due to their break-up, which was caused by the media scrutiny the couple faced.

A friend told heat magazine: "He wasn't ready to be a celebrity. He was expecting they'd get some attention, but he never imagined it would be as bad as it was.

"He values his privacy and couldn't deal with photographers following them around or the nasty comments people would make on blogs. So he finally told Mischa it would be better if they stopped dating."

However, the former 'O.C.' star is believed to be keen to win him back, and the pair have not ruled out reconciling in the future.

The pal added: "She's trying to forget about him and move on, but they might give it another go.

"Mischa has always had on-off relationships. But she's not reaching out to him at this stage."

The couple had only been together for a short while, only going public with their romance in July when they were seen together at the LoveBox festival, held in east London.

A source said: "Mischa was looking pretty merry in a bedraggled short flowery dress and white bow. She and Ali were all over each other backstage, and kept popping off to the toilets - presumably for a cheeky kiss.

"They just returned from a break in the South of France and things are obviously going really well."