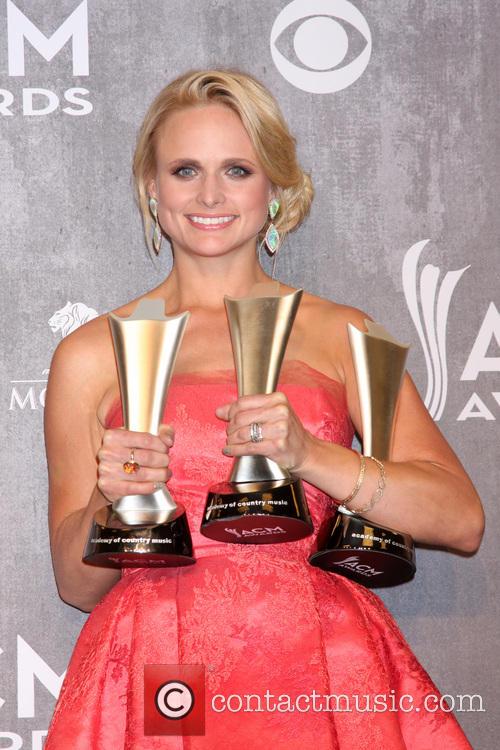 Justin Moore and his wife Kate are expecting their third child.

Justin Moore, who won the award for New Artist of the Year, posed with his pregnant wife and his award. Moore's wife Kate glowed with pride as she held her husband's award. It's certainly going to be a busy year for the couple who are expecting their third child this summer. 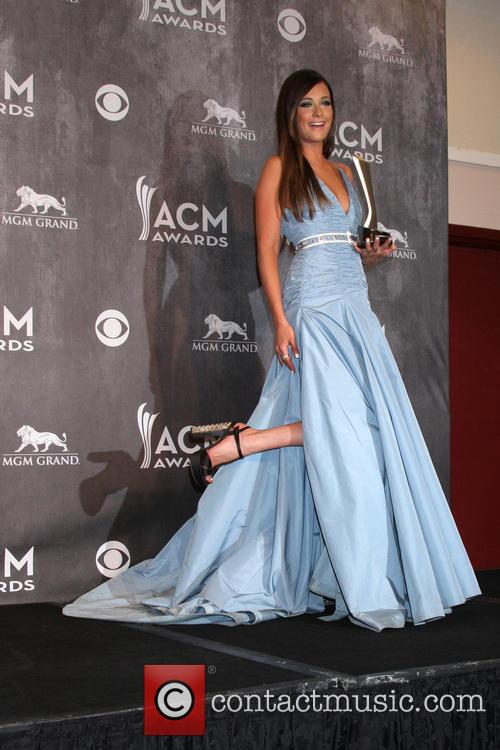 Kacey Musgraves' unusual dress did not blight her radiance as she held her award for Album of the Year.

Kacey Musgraves, who was also nominated for Female Vocalist and Video of the Year, looked radiant as she held up her award for Album of the Year. Her dress may not have been to everyone's taste as she wore a powder blue floor length dress complete with train, matching waist belt and ruched bodice. It may have been a bizarre mix of styles but Musgraves' large grin after winning an award distracted everyone from her strange ensemble. Lambert's dress matched Musgraves' prom style gown as she wore a strapless pink jacquard mini dress. Adding gold heeled sandals, she looked radiant as she posed for the press. 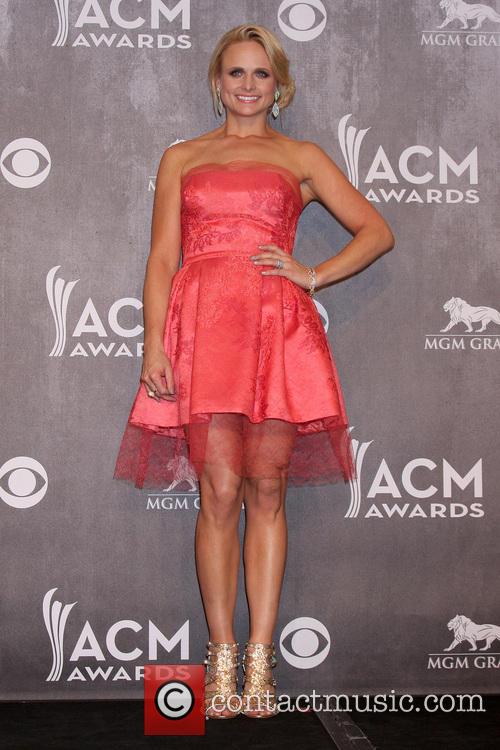 Next page: check out all the winners from the ACM Awards