32 year old Lambert was propositioned by a 6 year old fan before Saturday's New Jersey gig at a fan Q&A.

The Grammy Award-winning singer, who was married to fellow country music star Blake Shelton until last year, announced during her New Jersey gig this weekend that an adorable six year old fan named Sebastian had popped the question to her – and that she’d agreed, in a few decades’ time!

I said YES! But he has to wait 25 years. this sweet boy Sebastian is a little gentleman. #pinkring #proposal #mademyday #jersey #spreadthelovetour??

“I forgot to tell you something really important, though,” the 32 year old told the audience at East Rutherford’s MetLife Stadium on Saturday night (August 20th) as she performed the support slot for headliner Kenny Chesney. “I got engaged today! There’s a little 6-year-old boy here somewhere named Sebastian. He asked me to marry him. I said yes, in 25 years.”

She and Blake Shelton, 40, had divorced in July 2015 after four years of marriage. While Shelton has rather publically been dating Gwen Stefani ever since, Lambert has been rather more private in her romantic life, but she has been going out with R&B singer Anderson East for most of this year.

However, it looks as if East might have a little unexpected competition for Miranda’s affections, after the little boy asked her to marry him at a pre-show question and answer session on Saturday afternoon. 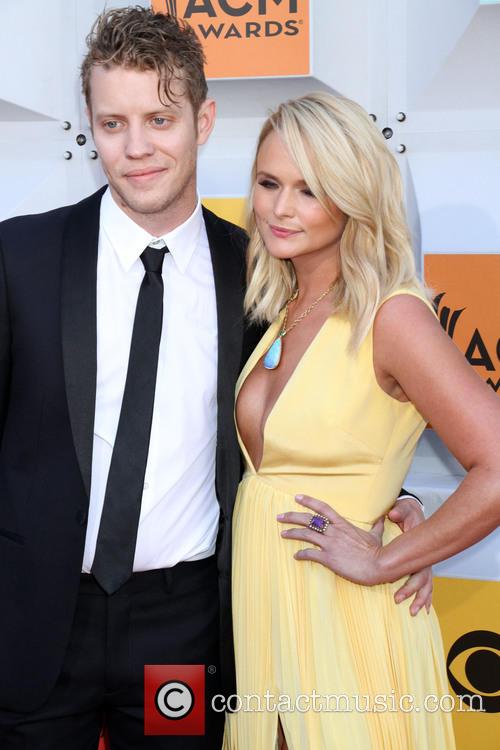 “Look at this beautiful ring! He got on one knee. He was such a gentleman,” she then added, possibly with a sly dig intended for her ex-husband Shelton, “it may be my favourite proposal ever.”

The following day, she posted two pictures of herself with young Sebastian, making them into a photo collage and sharing them via Instagram. “I said YES! But he has to wait 25 years,” she captioned it. “This sweet boy Sebastian is a little gentleman.”

More: Is Blake Shelton planning to propose to Gwen Stefani?