Miranda Lambert bought Carrie Underwood a motorbike, to say thanks to her for their duet at the Billboard Music Awards. 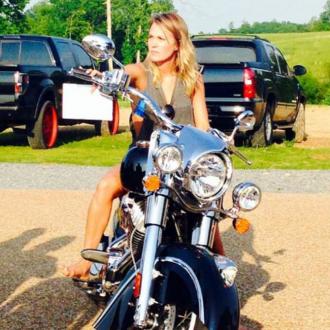 The country singers recently collaborated on a duet of 'Something Bad' on the Billboard Music Awards, and as a thank you Miranda bought the 'Two Black Cadillacs' a new bike.

Next to her on a picture of her new hefty black two-wheeler, Carrie wrote on Twitter: ''Well, it's not every day @mirandalambert buys you a motorcycle! Next stop, motorcycle driving lessons!!! #RansTheBest (sic)''

The singer also sent a message for Memorial Day in the US today, which celebrates those who have given their lives in the armed forces.

She added: ''A GIANT thank you to our Armed Forces this weekend and every day for your sacrifices. #MemorialDayWeekend.''

Carrie will have plenty of space to ride her new bike, as she and husband Mike Fisher bought 400 acres of land near to Nashville, Tennessee, in 2011, on which they have built their dream home.

The blonde beauty - who was catapulted to the spotlight after winning 'American Idol' in 2005 - has also been working on her fifth album, and has been writing her own tracks for it.

She recently said: ''I've been writing quite a bit, it's exciting! It definitely has a different sound. There are some thematic things that are quite different. I love strong women. So I want things that I can get on stage and just feel empowered.''