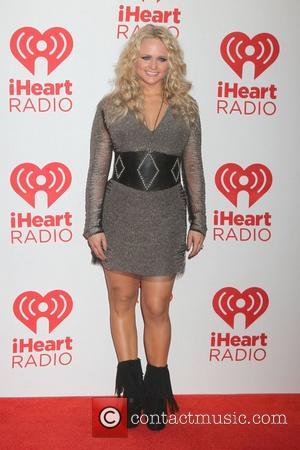 Lynn marked five decades since her induction into the country music mecca with an anniversary show at the fabled Nashville, Tennessee venue and she was joined by a slew of famous faces as they paid tribute to her.

Lambert, who performed with her band Pistol Annies, fought back tears as she recalled being invited to work with Lynn on the title track to the 2012 release, Coal Miner's Daughter: A Tribute to Loretta Lynn.

She told the crowd, "I met her when I was asked to do Coal Miners' Daughter with her and Sheryl Crow for the tribute album. It was the best day of my life besides my wedding day. It was overwhelming. I got to sit in her kitchen and just talk to her. I kept reminding myself, 'I'm talking to Loretta Lynn.' I just felt like I was talking to a friend, just like somebody I'd known all my life. She just kind of takes you in and gives you a hug and you just feel so warm when you're in her presence.

"I remember at the end of the day, doing interviews, I just broke down bawling and couldn't stop. Every time I'm around her, I just realise what she's done for women in country music, and the reason I feel like I get to stand up here is because of what she laid the groundwork for. I'm just thankful that she likes me and calls me country."

The I'm A Honky Tonk Girl hitmaker was inducted into the Grand Ole Opry on 25 September, 1962.