Miranda Kerr has come top in a survey on which celebrity British women would most like to see launch a fashion line, beating Lady GaGa and The Duchess of Cambridge. 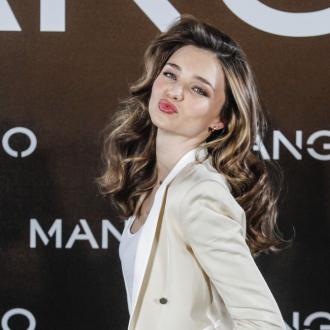 Miranda Kerr is the celebrity British women would most like to see launch a fashion line.

The Australian Victoria's Secret model - who has two-year-old son Flynn with husband Orlando Bloom - reached the top spot in a study conducted my discount website MyVoucherCodes after receiving 67 per cent of the votes cast from 1,962 females.

Chairman of the company Mark Pearson is not surprised the stunning brunette has come up top as he believes she is one of the most popular celebrities in the world right now.

He said: ''As one of the most well-known female celebrities on the planet at the moment, it comes as no surprise that women voted for Miranda Kerr due to her style.''

The female public chose Miranda, 29, due to her ''down-to-earth style'' and ''elegant and classical'' fashion choices on and off the catwalk.

Close behind Miranda is quirky pop star Lady GaGa with 65 per cent, shortly followed by Olympic gold medalist Jessica Ennis - who became a national treasure after winning big at the 2012 London Games.

Singer and 'The X Factor' UK judge Nicole Scherzinger came in at fourth place gaining 55 per cent, with 'The Other Guys' actress Eva Mendes in fifth and British royal the Duchess of Cambridge in at number six.

The study also revealed that 35 per cent of the women questioned would prefer to buy all their clothes from celebrity fashion lines alone if given the chance.

Former 'Coronation Street' actress Helen Flanagan was voted as the celebrity that women would least like to see bring out a fashion line.

The top 10 celebrities were: