Miranda Kerr Asked Orlando Bloom "What Were You Thinking?!" After Nude Pictures

Kerr’s ex was pictured naked on a paddleboard while on vacation with girlfriend Katy Perry last month.

Miranda Kerr has revealed how she reacted when ex husband Orlando Bloom told her that naked pictures of him were about to be splashed all over the internet. Bloom was photographed naked earlier this month while paddle boarding on vacation with new girlfriend Katy Perry and according to Kerr he texted her to let her know the pics were about to be leaked. 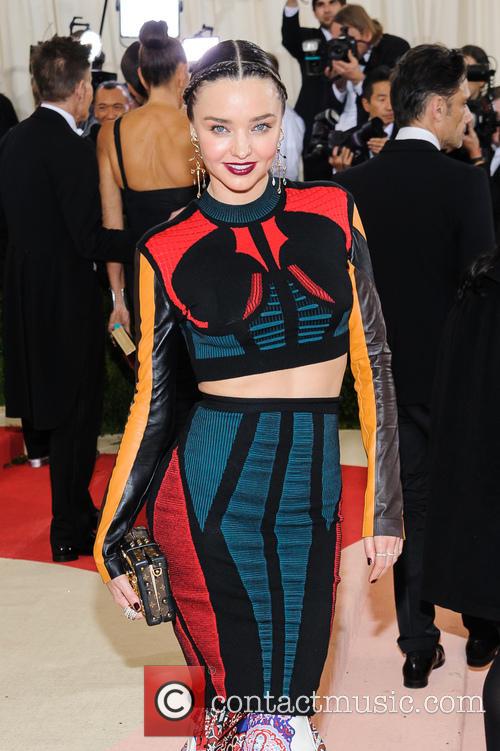 Miranda Kerr has revealed her reaction to those Orlando Bloom pics

Somewhat ironically Kerr was appearing on the show to promote her new Bonds swimwear campaign and host Kyle didn't miss the connection between her new gig and her ex’s mishap. “I've noticed there's a theme running here,” Kylie joked

“I don't know if you've seen the same photos, but even when people are paddle-boarding, people are supposed to be wearing pants of some description.” The Australian beauty replied: “Yes, I'm going to send Orlando a pair of both because he, you know, might like either of those.”

Kerr and Bloom married in 2010 and have one child together, son Flynn. Since splitting from Bloom in 2013 Kerr has been dating Snapchat co-founder Evan Spiegel, who she recently announced her engagment to.

More: Nude Pics Of Orlando Bloom In The Sea Threaten To Break The Internet

However Bloom and Kerr have stayed on good terms since their split and continue to co-parent Flynn. Earlier this month Kerr revealed that she's moved from New York to Malibu, California, in order for her and Flynn to be closer to Bloom.

Miranda Kerr Asked Orlando Bloom "What Were You Thinking?!" After Nude Pictures