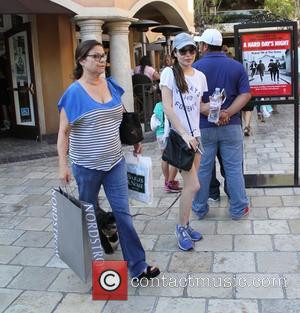 An obsessed Miranda Cosgrove fan has been thrown behind bars after allegedly violating a restraining order by following the singer/actress to Disneyland in California on Wednesday (18Feb15).

Joshua Stockton was ordered to stay away from the former child star for three years in October (14), after he reportedly bombarded Cosgrove with Twitter messages, in which he threatened to kill himself.

However, he was accused of breaking the terms of the protective order this week after he was spotted trailing the former iCarly actress around the popular theme park, reports Tmz.com.

He was arrested for felony stalking and violating a restraining order and remained behind bars on $150,000 (£93,750) bond as Wenn went to press.