The actor has come under fire recently for his comments regarding sexual harassment.

An online petition to leave Matt Damon’s cameo in the upcoming ‘Ocean’s 8’ on the cutting room floor has gained nearly 18,000 signatures.

The petition calls on the producers of the all-female reboot, including George Clooney, to remove Damon from the film, accusing him of enabling “his friend Harvey Weinstein's inappropriate behaviour” and referencing his recent comments on sexual harassment.

By Holly Mosley in Lifestyle / Showbiz on 19 December 2017

He's put his foot in it with his former co-star.

Matt Damon has managed to upset a lot of people by making some rather unwarranted comments about sexual misconduct in Hollywood. He tried to talk about some harassment cases being worse than others, and Minnie Driver has a lot to say in response to that.

Obviously, all actors and actresses are being forced to comment on the recent slew of sexual harassment accusations within the film industry since the Harvey Weinstein scandal, but the problem is, some people just say the wrong thing. Matt Damon even made remarks that seemed to downplay a lot of what was being talked about.

An A-list cast goes a long way to making this goofy ensemble comedy a lot of fun to watch. Even if it never quite deals with the bigger issues it raises, the sassy dialogue, twisty plot and full-on performances are so lively that the audience is kept on its toes, at least until it becomes obvious where it's heading. And with a wide variety of themes, something is bound to resonate.

As the extended Wilde family gathers for a wedding, it's clear that none of them are very good at relationships. The bride is matriarch Eve (Glenn Close), a movie star who has fallen in love with sparky novelist Harold (Patrick Stewart). Her three sons are all on hand: smiley musician Rory (Jack Davenport), hopeless romantic Jimmy (Noah Emmerich) and womanising bachelor Ethan (Peter Facinelli). Also around are their actor father Laurence (John Malkovich), as well as Rory's popstar ex-wife Priscilla (Minnie Driver). Their 16-year-old daughter Mackenzie (Grace Van Patton) is documenting the weekend on video, just waiting for the usual family disaster.

Writer-director Damian Harris avoids the obvious black humour that's rife in this situation, instead playing the movie as a warm-hearted American comedy blended with elements of a bed-hopping French farce. Yes, all kinds antics are going on, fuelled by alcohol and Ethan's notorious magic mushroom chocolates. Jealousies are also flaring up, drawing lines between hugely popular stars and struggling artists. 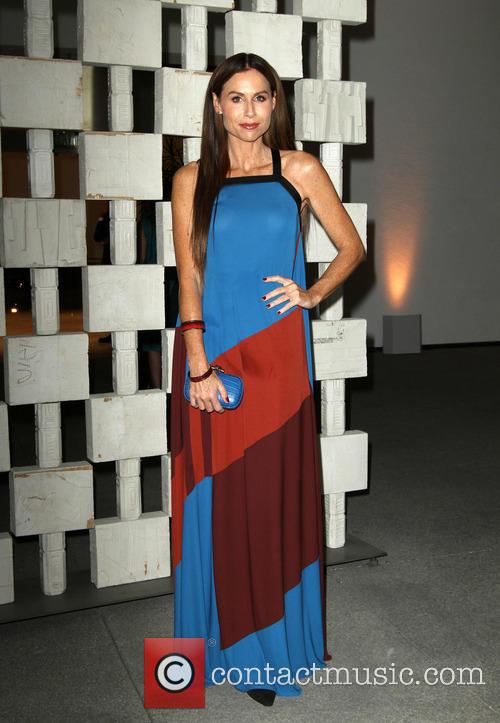 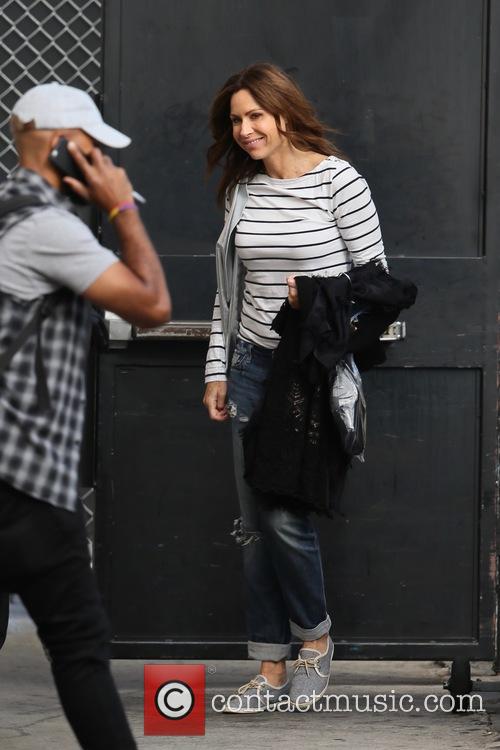 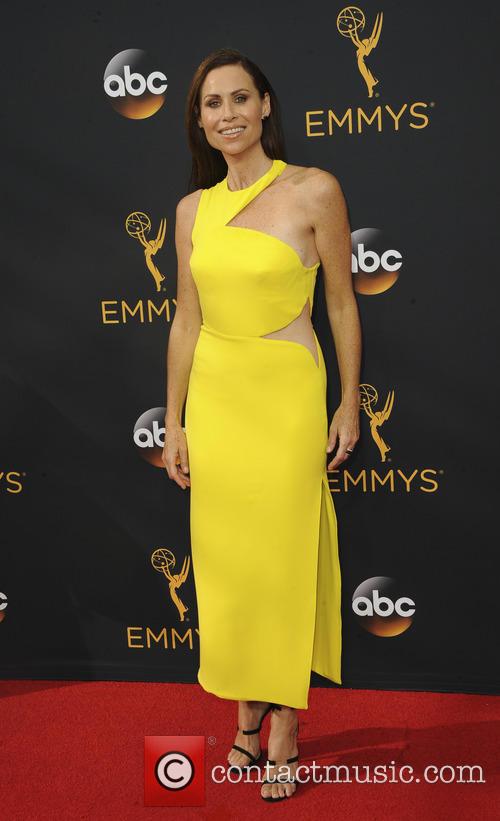 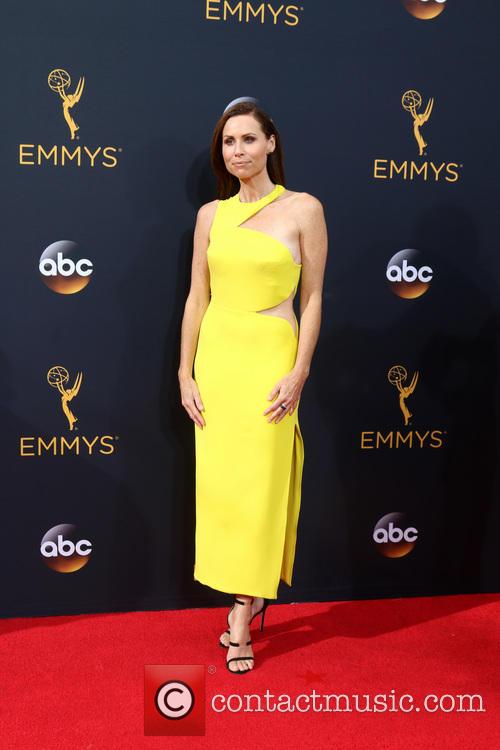 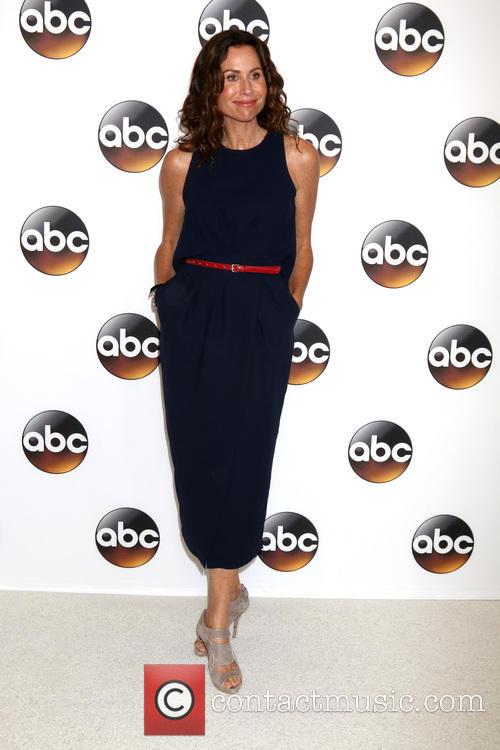 Minnie Driver has announced that she’s signed up for ‘Peter Pan Live’. The 44 year old actress will be the narrator of the piece and also star as the adult Wendy Darling on the live TV event, which is due to air on NBC on December 4th at 8pm ET. 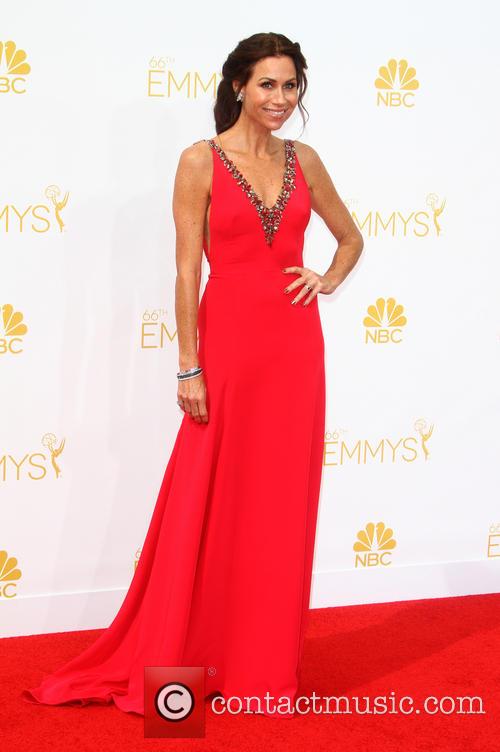 Giving more detail in reaction to the casting, Chairman of NBC Entertainment Robert Greenblatt stated: "We're thrilled to have Minnie as part of this Peter Pan adventure. She appears in the final emotional scene when Peter returns to the Darling home years later only to realize Wendy is now grown up and has a daughter of her own, but you'll also hear her voice throughout the movie since Adult Wendy is also our narrator. She's a classy addition to our wonderful cast."

The 44 year-old actress has left the social media site after receiving abusive comments about her body figure: "It's too mean sometimes, about your body, about your soul. Not worth it."

For 44 year-old Minnie Driver looks great, but according to Twitter trolls this is not the case.

The British actress has decided to leave the social media site due to users sending her offensive and abusive comments regarding her body figure.

Driver was photographed wearing a bikini while enjoying a break on a beach in Miami with her 5 year-old son, Henry, on Tuesday (April 8th).

'The Riches' star Minnie Driver is seen holding the microphone for her 4-year-old son Henry as he - with the booming vocals of a child much older - belts out the chorus of The Killers' hit song 'Human' on stage at the Yamashiro Farmers Market benefit concert in Los Angeles.

Josh and Nat thought they had the most perfect relationship and made no hesitation in getting married despite their family and friends doubting their longevity. In their first year of being hitched, cracks begin to show and they don't feel as connected as they once were; while before they were very much emphatically in love, now they don't feel like they know each other at all. For one thing, they are polar opposites: Nat is a successful working woman, but Josh is struggling in his career as a novel writer. Before long, Josh's stunning ex-girlfriend Chloe floats into the picture flaunting her enviable figure, while at the same time a handsome new client, Guy, enters Nat's life tempting the newlyweds away from each other. As much as they try and convince themselves that they are happily married, they flounder against their friends' adulterous encouragements.

From the writer of 'Ali G Indahouse' and 'Bruno', Dan Mazer has taken up new project 'I Give It A Year' which he has also directed. It's a brilliantly funny British comedy with many nail bitingly awkward moments and one with a message to make us question true love and happiness.  It is set for release on February 8th 2013.

Continue: I Give It A Year Trailer

By Rich Cline
Good
With a lively recreation of 1970s South Wales, this relatively standard nostalgic teen drama holds our interest through its colourful settings and characters. Although without a clear central figure, the film feels rather diffuse.

Viv (Driver) is an unorthodox drama teacher at a Swansea school, where she encourages her students to express themselves. But this causes problems when Davey (Barnard) keeps getting knocked back by his crush Stella (Branch), Kenny (Evans) hangs out with a band of skinhead thugs, Jake (MacKay) starts seeing this sister (Nixon) of his best pal (Byard), and Evan (Harries) realises he doesn't like girls. As their class production, a rock-infused version of The Tempest, approaches, everyone will need to take a stand. And it could get rather messy. 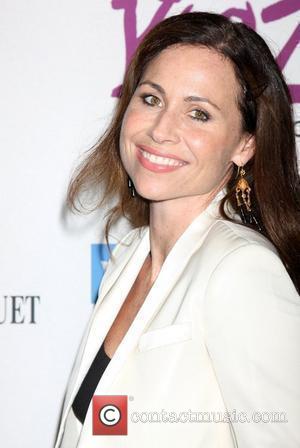