Actress Minka Kelly Has Dismissed Reports She Is Dating Sean Penn After The Couple Was Spotted Celebrating Her Birthday Together Last Month (Jun15). 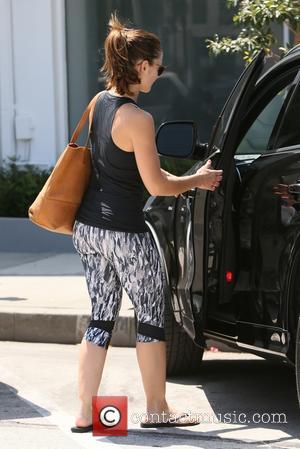 The actors sparked romance rumours on 23 June (15), the eve of the Friday Night Lights star's 35th birthday, when they were photographed having dinner at exclusive restaurant French Laundry in Napa Valley, California.

Penn and Kelly, who reportedly met during a Haiti charity event, were joined by three other friends, who serenaded the birthday girl, and Penn even picked up the bill, according to TMZ.com.

However, the usually private Kelly took to Twitter.com on Wednesday (15Jul15) to brush off the speculation, and wrote, "Not my nature to address gossip but hoping this last one goes away already. Not dating a friend I had a group dinner with. #Sillymedia."

Minka Kelly Sex Tape Is Genuine And Being Shopped Around

Minka Kelly Falls For Wilmer Valderrama Down Under?

Minka Kelly Cheers On Derek Jeter As He Hits 3,000