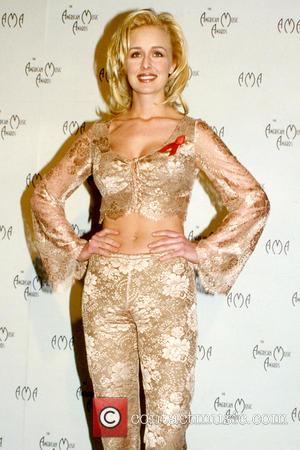 Country star Bryan White has opened up about his emotional performance at Mindy McCready's memorial service in Nashville, Tennessee on Wednesday (06Mar13), insisting he felt "blessed and honoured" to pay tribute to his friend.

White, who had known MCCready since the 1990s, was devastated by the singer's shocking death last month (Feb13) in an apparent suicide, and he was among the stars who stepped up to sing in her honour at a service of remembrance.

The singer performed What I Already Know by Point of Grace in memory of his late friend, and admits it was a tearful day for many of the mourners.

In a post on his Facebook.com page, he writes, "I was blessed and honoured to perform at Mindy MCCready's memorial service... in Nashville. It was a privilege to sing my best to pay tribute to such an iconic talent and larger than life individual with such a giving heart. It was moving to see so many of the industry's greatest there in support of her."

He also posted a picture of himself posing with MCCready and added of his friend, "We've lost an exceptional artist and human being way too soon. I have nothing but great memories of Mindy; From our first show together at Disneyland back in '97 to the countless other shows we did together, including the laughter and great times we all had growing up in a crazy business... I will never forget her... (I am) praying for your family's healing as well as for your little ones... Goodbye my sweet friend."