Kaling appeared on 'The Late Show' and told Stephen Colbert she was concerned her 'Ocean's Eight' character might be picked off early on in the movie.

Mindy Kaling has admitted that she’s “scared” by her upcoming role in Ocean’s Eight, the all-female reboot movie of the Ocean’s Eleven franchise, because of the list of extremely high-profile names she’s starring alongside.

‘The Mindy Project’ star and creator was speaking to Stephen Colbert on ‘The Late Show’ on Tuesday night (October 4th).

She said that, although the project starts shooting in just two weeks’ time, she has no idea about the kind of character she’ll be playing – and joked that her comparatively low profile compared to the A-list stars on the movie like Rihanna, Sandra Bullock, Helena Bonham Carter, Awkwafina, Cate Blanchett and Anne Hathaway means her character will probably get picked off early on! 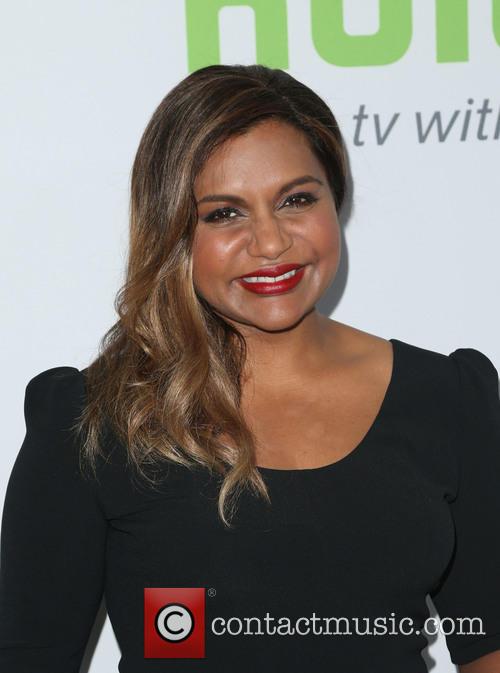 “Look, I’m real scared, man, because when I look at that list of people, I know that my skill is going to be I get attacked by the guard dog so they can break into the casino,” Kaling confessed.

The 37 year old star also revealed that Ocean’s Eight would be taking place in New York City, rather than Las Vegas, and would contain “a fashion element” to the plotline.

Colbert then asked her whether they’d be needing any male extras for the movie. “Oh, that would be great,” Kaling said. “We’re gonna rob your house, is that OK? Me and Cate Blanchett.”

“You and Cate Blanchett can do whatever you want,” Colbert responded wryly.

Kaling was speaking on the same day that ‘The Mindy Project’ returned to its current home on Hulu for its fifth season. In an interview with Glamour magazine the day before its premiere, she said that she was confident that fans would enjoy the new series.

“I think they will be surprised and feel really satisfied. In fact, our creative executive at Hulu just saw the premiere and was like, ‘Oh my God, I love the ending.’ It’s an ending I’m really proud of. I think people are going to like it.”

More: ‘The Mindy Project’ cancelled by Fox then picked up by Hulu [archive]