Kaling and her ex BJ Novak appeared at Bookman together on Saturday and revealing they’re writing a book together.

Mindy Kaling and her ex BJ Novak must be the friendliest of all the friendly exes as the former flames have just announced they’ll soon be writing a book together. The news was revealed when Kaling was interviewed by Novak about her new book, Why Not Me at the BookCon festival on Saturday. 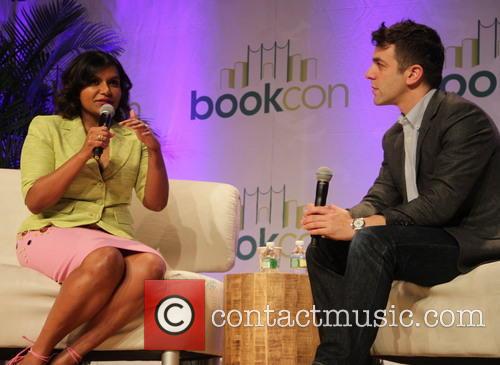 Careful not to reveal too much, Novak told the excited crowd, "It's very early. We just met yesterday to discuss all the different directions it will go in. It's very early in the creative process.”

But Kaling seemed more enthusiastic about the project as she added, "It's going to be awesome. We just started working on it. I love working with him ... and the ideas that we've had so far have been super exciting.”

According to Fox, the book will be published by Penguin Random House and two publishing officials with knowledge of the negotiations have said the deal is worth at least $7 million.

Novak and Kaling first met when they worked together on ‘The Office’ as writers, producers and actors. The pair’s characters enjoyed an on again off again romance on the show, which then became a real life relationship for the two actors.

Kaling now refers to Novak as her best friend and they both seemed to enjoy alluding to their romantic history on Saturday, much to the delight of the audience.

More: Could 'The Mindy Project' Be Headed To Hulu After Fox Cancellation?

During the Q&A Kaling also revealed that writing begins Monday on the new series of ‘The Mindy Project’. The series was cancelled by Fox after three seasons earlier this month, but it has since been picked up by streaming service Hulu.