Mindy Kaling Asks What Everyone Thinks in New Book

Kaling revealed her new book with the help of long-time friend and collaborator B. J. Novak.

Powerhouse comedienne Mindy Kaling has had a killer year so far and she’s topped it off with a brand new book. Kaling follows in the footsteps of fellow funnywomen Tina Fey and Amy Poehler with another memoir. She previewed Why Not Me? at BookCon this week. The panel kicked off the publisher conference and featured Kaling’s Office co-star BJ Novak. 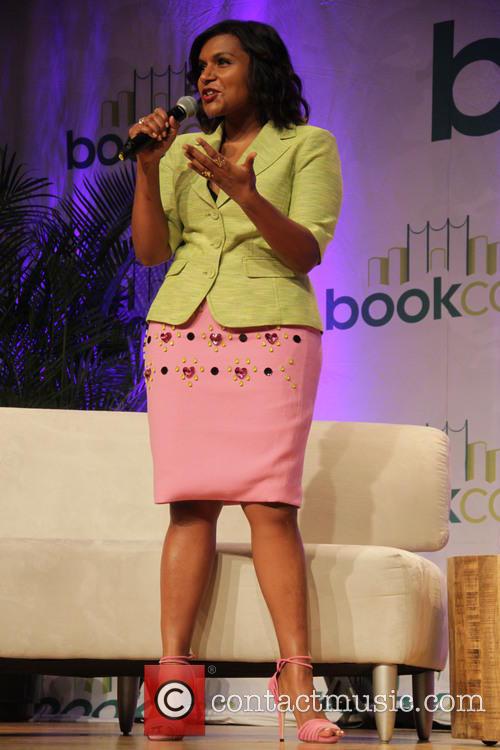 Kaling's new book is all about growth and coming of age.

So here are some highlights from the panel, courtesy of The Hollywood Reporter: "The first one is the wistful meaning where I'm at an age where a lot of my friends are getting married, and I have a sense of a feeling of being left out," she explained. "Another side is the ambitious side of me that for my entire life, though no one has ever bared a passing resemblance to me in television or film, why not me? Why can't I do that?"

Being Mindy Kaling, she also acted out the dual sides of the title, the title's dual tones — the latter also being, "Why the F— Not Me?" she joked.

More: Mindy Kaling Doesn't Need to Get Married for a Complete Love Life

The book goes over Mindy’s views on family, love trouble and sorority memories. but it zooms in on her second coming-of-age. "I had a lot of fun in the first book telling people who I was — I wrote it at The Office and it was largely about introducing the world to me and differentiating me from the character in my show," she said of her 2011 bestseller, Is Everyone Hanging Out Without Me? (And Other Concerns). "I was just excited to be writing a book. … I wanted people to like me, I was excited about the medium." This time around, "I know now that people like me, so I'm incredibly honest and vulnerable in this book. It's a little scary, actually, but I think it makes it funnier." Largely, it's about the recent times: "It feels like more has happened to me in the past five years than the preceding thirty."