Her parents weren't too fond of the idea.

If you watched 'Stranger Things' on Netflix, then you're almost definitely a fan of Millie Bobby Brown; the shaven-headed little girl who plays the mysterious telekinetic child Eleven. If that girl isn't destined for huge things in the future then we don't know who is. But just how did this 12-year-old survive her first daunting head-shave? 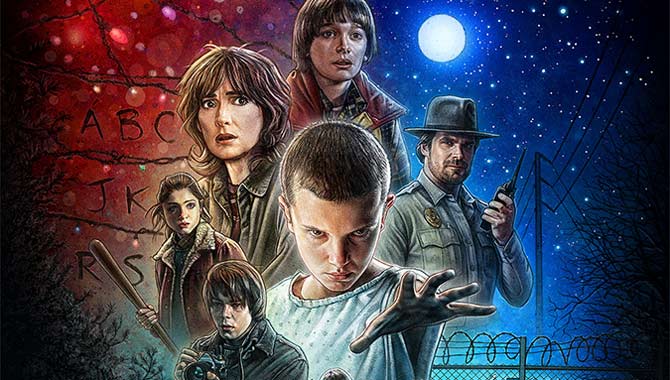 As it turns out, pretty easily. The actress shared a video of herself getting the chop, while pulling funny faces and not shedding a single tear. The hairdresser is seen carefully cutting the hair at the roots and passing each section to another person who appears to lay it out on the side. It sure looks as though their trying to keep all the hair intact, possibly because she's donating her locks to a charity that makes wigs for children with cancer? We hope so.

'Here it is!! The video of me getting my hair shaved for #StrangerThings! Enjoy!' She captioned the sped up clip which featured the Beyoncé song 'Pretty Hurts'. Apparently, her mother wasn't too happy about the whole thing to begin with, but nothing was stopping Millie once the show's producers showed her a picture of Charlize Theron.

'Mad Max: Fury Road was about to come out, so we pulled out a magazine photograph of Charlize Theron as Furiosa and showed it to Millie', said 'Stranger Things' creators Matt and Ross Duffer in an interview with EW. '[We asked] 'Charlize looks totally badass, right?' Millie agreed; Charlize looked badass. And that was it: She agreed to buzz it all off.'

Here it is!! The video of me getting my hair shaved for #StrangerThings. Enjoy!???? #buzzed pic.twitter.com/qFQWwib1ti

The occasion was so momentous, that her parents decided they had to capture it on film when the time came. 'Millie's mom brought out a camcorder, while her dad ran away with tears in his eyes, unable to watch. It was a pretty dramatic scene. But also very quick', the Duffer brothers added. 'Within 10 minutes we had shaved it all off and slapped a fake '11' tattoo on Millie's wrist. Millie looked at herself in the mirror, gave her best Furiosa scream - and Eleven was born.'

More: Everything you need to know about Millie Bobby Brown

It's just as well that Millie warmed to the idea quickly, given that she hardly seemed to have a choice in the matter. Nothing of the kind was even mentioned throughout the audition process. 'I got the call back and then I did a Skype meeting and there was nothing at all about head shaving!' Millie explained in an Elle interview with self-confessed fan Aaron Paul from 'Breaking Bad'. 'And then we flew over to LA, and they were like, 'Are you ready?' And I was like, 'For what?'... Ross Duffer comes up to me and puts his hand out and goes, Bzzzzzzzzz. And my mom's like, 'No! That's not happening.' And I was like, 'Mom. You need to chill out; it's gonna grow back.''

After the head-shave, however, Millie had to endure a lot of people mistaking her for a boy, given her age. Despite the constant mix-ups though, she insists that she was 'really fine with it'. And besides, she says she's barely recognisable now that her hair is growing back.
Contactmusic
Facebook
Twitter
Google+
Pinterest
StumbleUpon
Reddit
Fark
Email
Comment
Follow Millie Bobby Brow ...