Miley Cyrus, Erin O'Connor and Nicky Clarke are among the people to have paid tribute to Vidal Sassoon, who died yesterday (09.05.12). 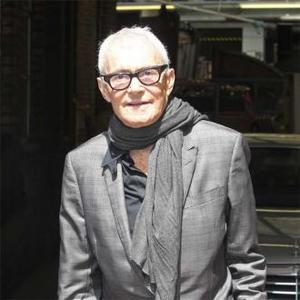 Miley Cyrus is among the stars to have paid tribute to Vidal Sassoon.

The celebrity hairstylist - whose 1960s wash-and-wear cuts allowed women to be freed from hairspray - passed away at his home in Los Angeles yesterday morning (09.05.12) aged 84 and a number of famous faces and fellow stylists have hailed his revolutionary ways.

Model Erin O'Connor hailed Vidal as an ''inspiration'' in her tribute.

She wrote: ''RIP Vidal Sassoon. Inspired so many, myself included.''

He said on 'Daybreak': ''He was part of that drive of modernism. He was very, very interested in modernism of all sorts...he just introduced all of that into hair. And at the same time he probably freed women of that weekly ritual of having their hair backcombed and being under a dryer.

''It depicted a whole New Look of that time.''

Vidal - who was reported last year to have been suffering from leukemia - earned international fame with his groundbreaking hairstyles in the 1950s including the ''bob'', and his scissors led to the end of the beehive and bouffant hair style in the decade. The Fashion icon opened his first salon in London in 1954 and later went on to open a New York salon in 1973.