Model Patrick Schwarzenegger Has Slammed Reports He Is Cheating On Girlfriend Miley Cyrus After Photos Of Him Hugging A Female Friend Surfaced Online. 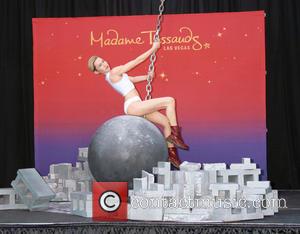 Arnold Schwarzenegger's son is currently on vacation in Cabo San Lucas, Mexico without his pop star partner, and on Sunday (15Mar15), photographs obtained by TMZ.com show him closely embracing a bikini-clad female, walking down a crowded beach with their arms linked, and doing a shot off the unidentified girl's body.

Editors at the gossip site suggested that "'friends' don't usually do body shots off one another," prompting Schwarzenegger to take to Twitter.com on Monday (16Mar15) to shut down the gossip.

He wrote, "Omg. It's one of my best friends girlfriend... Would NEVER do anything against my GF (girlfriend)... Girls have guy friends and guys have friends that are girls..."

Cyrus has yet to comment on the speculation. The singer and Schwarzenegger have been dating since last year (14).