It’s hard to keep up with Miley Cyrus’ relationships, philanthropic efforts and career. She’s certainly a whirlwind of productivity and has seemingly been sharing a great deal about her life in interviews over the past few months. However, the 22-year-old still has time for a secret romance. Or rather it was a secret before paparazzi spotted and snapped photographs of Cyrus kissing 24-year-old model Stella Maxwell earlier this week. 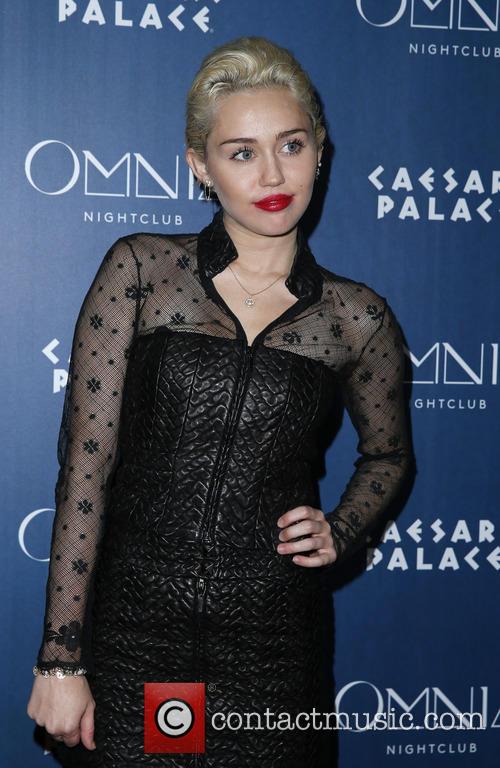 On Tuesday (31st June), Cyrus was spotted on the set of her new music video kissing the model against the side of a lorry. TMZ obtained photographs and footage, some of which they had to blur out – we’ll let you draw your own conclusions why! The two appear to have noticed they were being filmed but continued regardless. Their awareness of the cameraman’s presence has led some media outlets, including TMZ, to question whether or not Cyrus and Maxwell were kissing – and possibly more – to make a point rather than because they are truly in a relationship. Neither Cyrus nor Maxwell has confirmed their relationship status.

Rumours surrounding Cyrus’ possible relationship with Maxwell started a few weeks ago when Cyrus shared a selfie of herself with the Victoria’s Secret model on Instagram. The two met, as Maxwell told V magazine (via Fox), “through mutual friends via Instagram.”

Cyrus has previously been in relationships with actor Liam Hemsworth, to whom she was engaged until 2013, and model Patrick Schwarzenegger whom she split up with in March of this year. Cyrus recently revealed, during an interview with Paper magazine, she is bisexual and identifies as gender fluid.

Cyrus described coming out as bisexual to her mother, Tish Cyrus, at the age of 14, saying:

“I admire women in a different way. And she asked me what that meant. And I said, ‘I love them. I love them like I love boys.’ And it was so hard for her to understand.”