What was Miley Cyrus thinking when she performed at the VMAs on Sunday (25th August)? Her bizarre and somewhat disturbing performance featured twerking, a nude coloured bikini and Robin Thicke stuffed into a striped suit.

Miley Cyrus performed at the MTV Video Music Awards on Sunday (25th August) and managed to make the entire audience cringe. She appeared on stage performing a remix of her summer song 'We Can't Stop' and Robin Thicke's 'Blurred Lines'. Thicke joined her on stage with dancers in teddy bear costumes. If the ensemble wasn't bizarre enough, Cyrus' choice of outfit and props raised even the most liberal of eyebrows. 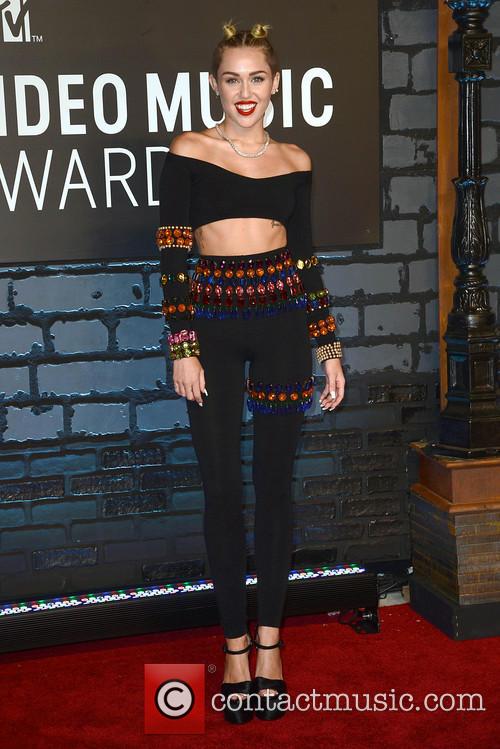 Miley Cyrus on the red carpet at the VMAs.

Cyrus initially appeared on stage clad in a bustier with a silver teddy bear face emblazoned on the front. She later stripped down, whilst performing with Thicke, to a strange flesh coloured bikini. She also acquired a giant foam hand which she preceded to use as a prop symbolising male genitalia. Cyrus continued to place herself, using Thicke as a prop this time, in sexually suggestive positions. Thicke appears to have poured himself into a black and white striped suit and, wearing a gold chain, looks like the epitome of sleaze.

Another particularly irritating thing about this performance is Cyrus' obsession with sticking her tongue out. It's not socially acceptable past the age of six, especially not if it's completely white as a result of dehydration. 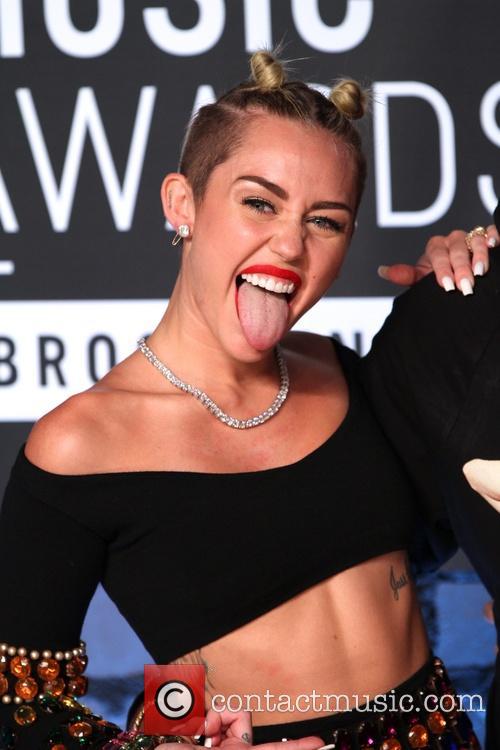 Miley Cyrus at the 2013 VMAs, with her tongue stuck out - to make a change.

Thankfully, the reaction of the award ceremony's audience was as appalled at Cyrus' performance as the rest of us. Video footage taken by fans shows Will Smith with his wife Jada and children Willow and Jaden looking on with horror as Cyrus twerked. Jada covers her mouth whilst her children are gaping at the catastrophe unfurling in front of them. Will looks as though he's about to laugh. In other footage her preparation time backstage can clearly be seen covering their mouths in horror or shaking their heads at Cyrus' performance.

Watch Miley Cyrus performing at the VMAs with Robin Thicke:

Perhaps this is Cyrus' latest attempt to destroy the image of the wholesome Disney teen which the public hold in their imaginations. Unfortunately, in a similar manner to her Disney predecessors Britney Spears and Christina Aguilera, Cyrus looks oversexed, ridiculous and tragically immature.  Sorry Miley.