A survey of 2,287 British parents with young children and were asked about the best and worst celebrity role models.

Miley Cyrus has been voted the worst celebrity role model for children in a new survey of British parents. A whopping 78% of parents of children under 10 say that the former ‘Hannah Montana’ star is “off the rails” and wouldn’t want their kids to idolise her.

The survey by British website vouchercloud.com asked 2,287 British parents, all of whom have at least one child under the age of 10, the question: “are there any celebrities you would hate for your children to idolise?” and were provided with a list of male and female celebrities to select from. 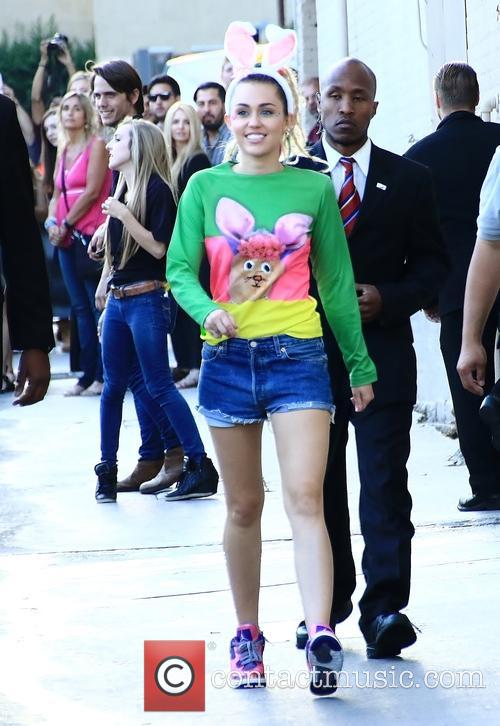 Miley Cyrus arriving at the Jimmy Kimmel studios in L.A.

21 year old Cyrus, who is performing at the MTV VMAs this weekend, topped the list of female of celebrities by absolutely miles. Quite ironic, as Cyrus herself has recently hid headlines by calling out the squeaky-clean Taylor Swift as a bad influence on children because of her video for ‘Bad Blood’.

More: Is Katy Perry behind the feud between Taylor Swift and Miley Cyrus?

Chris Johnson, who conducted the survey at vouchercloud, said in reaction to the poll to the Daily Mail: “It's no surprise that parents are worried about celebrity influence on their children, particularly when you look at the likes of Miley Cyrus. She started out as the perfect teen idol in Hannah Montana and then when she reached a certain age, she decided to rid herself of the clean-teen image.”

More than half (54%) disapproved of Nicki Minaj in second place, with Kim Kardashian ranking third in the list of female celebrities with 43%.

In terms of male celebrities, rap star Kanye West finished just ahead of teen idol-turned-badboy Justin Bieber, with 56% to 55%. Former One Directioner Zayn Malik came in third place with 41%.

The survey also attempted to measure positive role models, with Kate Middleton topping the list of female celebs ahead of British model Michelle Keegan and the aforementioned Swift. Ed Sheeran and – possibly surprisingly? – Harry Styles were first and second in the male list.