Miley Cyrus won't influence others to get sober

Miley Cyrus doesn't want to influence other people to get sober, because she thinks people should ''figure out what they need for themselves''. 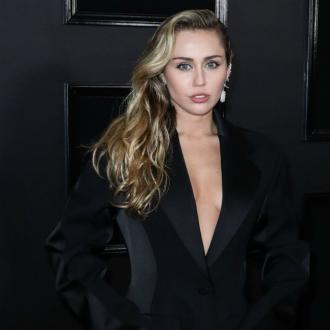 Miley Cyrus doesn't want to influence other people to get sober.

The 27-year-old singer revealed in June that she had been sober for six months after previously drinking and smoking marijuana, and has now said she's ''delicate and thoughtful'' in the way she talks about her journey, because she doesn't want to be ''the end all, be all, or the face of'' someone else's decision to change their lifestyle.

She said: ''I think I'm really delicate and thoughtful about the way that I talk about sobriety, because I think that it was something that was so important for me during this time, and I never like to become the end all, be all or the face of a decision. That was something I did when I was a lot younger, too, where it was like, 'This is how I'm living my life, and anyone that lives outside of this way, I am totally just supportive of anybody's lifestyle choices.' I think everyone has to figure out what they need for themselves in each season, because it changes.''

And the 'Malibu' hitmaker says her own decision to get sober was influenced by her desire to ''tell [her] story'', as she knew she had to leave drink behind in order to ''recall correctly''.

She added: ''But for right now, I think, again, I just wanted to be clear to tell my own story, and by doing that, I needed to recall correctly. I needed to go through the moments in my life and really own what is mine and throw away what's not, because a lot of the time, I feel like we kind of collect these ideas of ourselves and how it went and how it ended.''

Miley - who recently released her new single 'Midnight Sky' - admitted her cloudy memory was stopping her from ''deciphering'' her ''baggage'', and believes getting sober will allow her to ''evolve''.

Speaking to Zane Lowe for Apple Music's New Music Daily, she explained: ''You know when your parents kind of tell you a story? My dad tells me stories, and every time he tells it, it gets a little bit different and a little bit more dramatic. I kind of do that to myself, where, all of a sudden, I started having this idea of what happened that I couldn't decipher what exactly was my baggage to go through and unpack and go, ''Do I really need this or not?'' I was having a hard time knowing what was mine and what wasn't and what I needed to do to evolve.'' 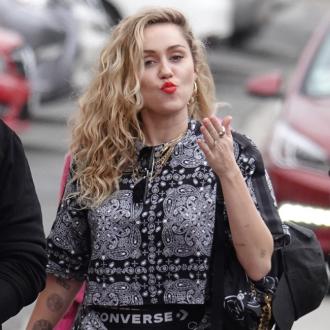