Miley Cyrus believes women are born more ''complicated'' than men and should be given the chance to come out of their shells and speak up about their opinions. 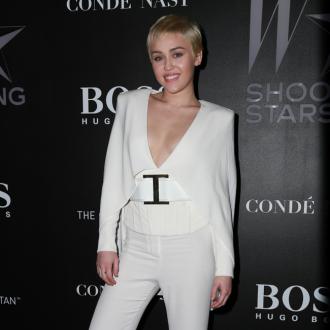 The 22-year-old singer admits she ''f***ing loves'' females and the way they over-think everything, right down to what they're going to wear that day, whereas she believes males are far more laid back and easy-going.

Speaking in Australia's Style magazine, she explained: ''There are some good vibrations that come off women that men can't - oh, I'm going to get in trouble here, right? I always do - but maybe it is [simply that] women are born complicated.

''We're used to over-thinking everything. Like, physically, guys can just wake up in the morning and they throw on a T-shirt.''

She added: ''[You see it] even with little boys and little girls, we have so many thoughts and... we put so much pressure on.

''Even my mum, she's taken on every problem I've ever had - if I am sick, she gets physically sick. I feel she takes it on because women just feel, like, 50 per cent, maybe more [emotion than men].

''I know that's a hard thing to say - I mean, the per cent thing - but I think we're just naturally born with that instinct.''

The 'Wrecking Ball' hitmaker, who has been criticised in the past for shaking her butt in her music videos, sees herself as a feminist and believes it's important for women to feel free to do as they please and speak up about their opinions.

She said: ''I think it's cool to be a woman and be, like, super in charge. I'm seeing it everywhere; young women are totally ready to come out of their shells, to take on the world.

''There's a lot of talk about feminism - people want to take that word and make it a bad thing, but it's the greatest thing ever! Of course you're a feminist, you know?''