Miley Cyrus will release her new single, 'Midnight Sky', on August 14, as she told her fans the wait for new music is finally over. 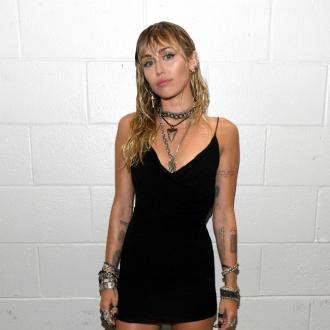 Miley Cyrus will release her new single on August 14.

The 27-year-old singer has revealed she will be dropping a new track titled 'Midnight Sky' on Friday (14.08.20), as she told fans the wait is finally over.

She tweeted this week: ''I know it feels like you've been waiting forever and ever .... but no more..... She is finally here.

'Midnight Sun' will be Miley's first release for 2020, and will come after 2019 saw her release the tracks 'Mother's Daughter' - which formed part of her 2019 EP 'She Is Coming' - and 'Slide Away', which is expected to feature on her upcoming seventh studio album, 'She Is Miley Cyrus'.

Miley also teamed up with Ariana Grande and Lana Del Rey in 2019 for the 'Charlie's Angels' track 'Don't Call Me Angel', and released a song titled 'On a Roll' under her Ashley O pseudonym.

The new track comes as Miley recently teased a possible collaboration with Dua Lipa when they both shared a series of snaps with producer Andrew Watt - who has worked on records for the likes of Post Malone and Ozzy Osbourne - which sent fans into overdrive.

Over on her own account, Dua simply wrote ''bromance'' under the pictures.

The teasers from the pair come after Miley teased fans will see the ''real'' her in her upcoming music.

She shared a clip from the video for her 2008 single 'Start All Over' as she hinted a new release is on the way.

'She Is Miley Cyrus' doesn't have a release date yet, as although Miley has said she's finished working on the record, she didn't ''feel appropriate'' sharing her music in the middle of the coronavirus pandemic.