The Flaming Lips managed to shoot the video earlier this year when Cyrus was unwell and in bed following an allergic reaction to antibiotics. The group also enticed Moby to play a part. There's absolutely no way of knowing what's going on in the video which begins with Moby lamenting the loss of a brain which Cyrus has stolen. Moby sends a naked blonde woman to steal the brain whilst Cyrus sleeps and, when she awakes to find it gone, Cyrus in turn sends Santa and some other bizarre character in search of it. Cyrus' minions eventually catch up with the naked blonde and attempt to steal the brain back. For some unknown reason, although they have the blonde in the back of their VW Beetle, the brain eludes capture. Cyrus' foot is then seen pressing on the faces of Santa and the other character as they spew paint from their mouths.

So, as no one has any idea what so ever as to what the video is all about, here's an explanation from Miley's new BFF and Lips front man Wayne Coyne. Speaking to the Rolling Stone, Coyne attempted to explain the vague plot behind it. He said the brain belonged to John F. Kennedy (yes, as in the former assassinated president) and contained the formula for LSD.

Coyne also released a written statement (please note the spelling and grammar, it does explain a lot):

"The video story is something like this: Moby is an evil, power-hungry cult leader. He wants the world's most valuable (according to our story) psychedelic supernatural possession... John F. Kennedy's brain....the brain contains the original formula for the drug LSD!!! Miley Cyrus has the magic brain!!!

And Moby enlists a nympho Manson girl-type blonde superfreak to go steel the brain from Cyrus. She steals the brain from Cyrus while Cyrus is still in bed in a drug-induced coma. Cyrus finally wakes up and is mega-pissed that her BRAIN has been stolen. She enlists a burned-faced Santa and a lesbian Bigfoot (that are hovering in a nearby spaceship) to hunt down the blond superfreak that stole her brain.

They have a relentless pursuit, all the while Cyrus laments the loss of her magic brain and Moby gains powerful rainbows from hell. In the end, the blond superfreak kills Santa and Bigfoot and a baby mole ends up with the brain.  Oh yeah. And the Flaming Lips are disguised as rainbows, mushrooms and flowers watching from the sky room where a giant diamond explosion happens."

What do you think about The Flaming Lips' new video? 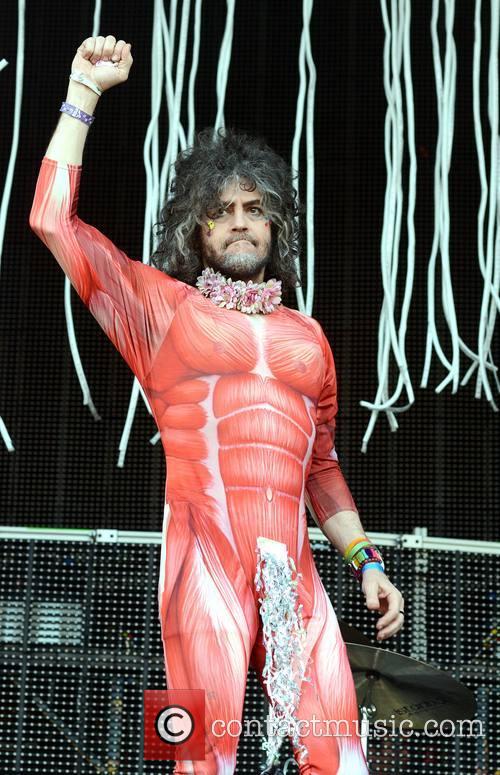