Miley Cyrus is splashing the cash on a Christmas party for homeless people. The 21-year-old singer has spent more than £6,000 on a bash which will see the guests receive a three-course meal and maybe even a performance from the controversial star. 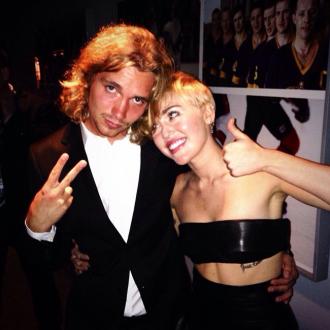 Miley Cyrus is splashing out £6,000 on a Christmas party for homeless people.

The 'Wrecking Ball' singer is eager to help out people who aren't as fortunate as herself, so has hired a chef to prepare a three-course meal for her guests to feast on over the festive period.

A source explained: ''Most people only see the Miley who puts on a show. But she's really caring and sensitive and wants to make a difference to the lives of homeless people.

''She's putting a lot of effort into this party, there'll be waitresses to serve them. The whole thing will cost her around £6,000 but she feels that it's the least she can do.''

The 21-year-old star - who is set to hold another bash for her friends on Sunday (23.11.14) when she celebrates her 22nd birthday - will also ensure there are plenty of fun activities at the party and may even perform renditions of her hits such as 'We Can't Stop'.

Talking to the Daily Star newspaper, the source added: ''There will be fun and games after the food too, and Miley is bound to put on a little show for them to get the party started.''

Miley - who is renowned for her controversial attitudes and twerking dance moves - is currently dating 21-year-old son of former Governor of California Arnold Schwarzenegger, Patrick, but has made no secret of her friendships with homeless men in the past.

In August, she met young people at a homeless shelter in Los Angeles and invited one visitor, Jesse Helt, along to the MTV Video Music Awards to make a statement about her determination towards stopping homelessness.

The 22-year-old was later arrested for a crime from November 2011 and is now serving a six month sentence after violating the terms of his probation.

Earlier this month, Miley once again showed her support for her convicted pal, by issuing a post on Instagram asking for her fans to write to Jesse.

The image's caption read: ''Show your support for Jesse and other homeless youth! Send letters, questions and drawings for Jesse to [email protected]! We will send him your letters and share his answers to some of your questions soon! #dearjesse''