Miley Cyrus has spent millions of pounds on her Bangerz world tour because she wants to give her fans something worth watching. 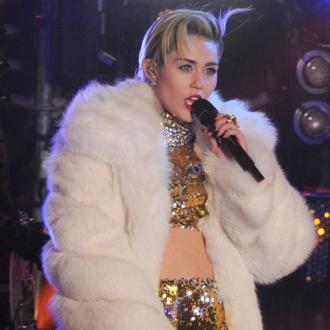 Miley Cyrus has spent millions of pounds on her Bangerz world tour.

The 'Wrecking Ball' hitmaker is determined to give her fans something worth watching and has arranged for one of the largest TV screens to be assembled on stage.

She said: ''That's something I've actually had to fight for a little bit.

''It isn't the easiest thing to travel with in the space that we're using.''

The 21-year-old singer has teamed up with 'The Ren & Stimpy Show' creator John Kricfalusi to create an animal theme for her gig and admits she's using ''imaginative animals he's made on his own.''

Her adoring fans will also be given a number of free souvenirs to take home because she wants them to have something to remember the night by.

She explained: ''I'm giving lots of junk away. I want to give fans real things to collect.''

Despite her determination to put on a great show, Miley is slightly concerned people won't take an interest in her voice because they'll be blown away by her stunning fireworks display and dance moves.

She told the Daily Star newspaper: ''I want people to walk away saying, 'OK she did some things that were crazy, but at the end of the day, it was really about her voice'.''

Bangerz tour kicks off in Vancouver on February 14.