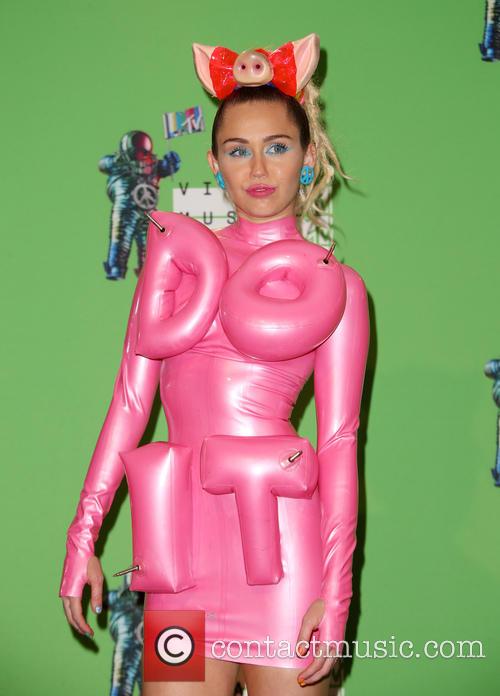 Cyrus’ appearance surprised many viewers and this time it had nothing to do with her garish, often revealing costumes and twerking. Cyrus’ performances were strong and she even broke down during her second performance, showing genuine emotion on stage.

The ‘Wrecking Ball’ singer performed two tracks from her latest album: Miley Cyrus and her Dead Petz. Many of the tracks on the album, released at the end of August, were co-written and produced by members of the psychedelic rock group The Flaming Lips. Cyrus has maintained a close friendship with the group’s front man, Wayne Coyne, and other members of the group. During her first performance of ‘Karen, Don’t Be Sad’, she was joined on stage by her backing band which included members of The Flaming Lips.

However, it was her second performance of ‘Twinkle Song’ which attracted the most attention, particularly on Twitter. Halfway through her performance, Cyrus burst into tears. The singer was seated at a piano surrounded by pictures of her late – and much beloved – dog Floyd.

This is not the first time Cyrus has been reduced to tears by Floyd’s passing. In April 2014, shortly after Floyd’s death, Cyrus burst into tears whilst performing in Boston as part of her Bangerz tour. Considering her SNL performance, it’s evident she’s still struggling with Floyd’s loss.

Cyrus also appeared in a few sketches on the show, including one which featured Presidential hopeful Hillary Rodham Clinton. Cyrus, appearing in Hillary Clinton Bar Talk, wore a brown wig and looked surprisingly like her old self. Clinton made an appearance in the sketch as a bar tender named ‘Val’ and did a pretty impressive impression of hopeful Republican presidential candidate Donald Trump.